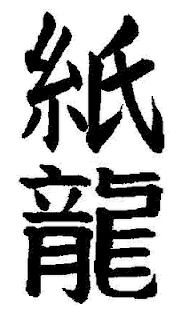 When I'm looking over the “Hot” topics on the Internet, What I'm seeing are rehashes of the same subjects that have permeated those discussions for the past 25 (or more) years.
From my own perspective (of the past 30+yrs.), I now see entire organizations that were created for the sole purpose of having the ability (hence, their own justification for doing so) to award “rank” for knowledge of/in sub-sects of a martial art.
I'm waiting for the organizations that will offer Yudansha (Black Belt) ranks for “Stances”. I'm sure there will soon be groups that offer courses on how to earn your Black Belt for “Kicking” techniques. I guess that will justify earning a “Strikes performed with the Arm” Black Belt as well.
Should we prepare for “Kata” Black Belts also? (not that they don't already exist! ROTFL, ...oh sorry) Does this mean that to receive a Yudansha rank in a martial art, that you have to earn/receive one in each individual sub-sect? (and would that have to be done first, or secondly?).
When I first began studying a martial art, I was already aware that there were numerous sub-sections of that system that I would have to learn in order to qualify for a Yudansha rank. Now granted, that system fell far short of the information that has been provided to me in my study of RyuTe®, but (regardless) I still didn't expect to be considered a Yudansha before knowing what they did offer.
When I abandoned that system (to then study RyuTe®) I was introduced to those previously unknown applications. It was accepted as having (simply) been an unlearned subject. Hardly anything that I would receive any form of “Rank” recognition for, LOL.
I believe that the majority of what's out there (being taught), is “make-up” instruction. Not that their making up everything that their teaching (well, at least in some cases, LOL). I just find it odd (which is putting it much nicer than my initial inclination to call it “Total Bullshit”,...don't you think?) that they feel the need to provide a “rank” for having been shown it.
Being some-what familiar with the subjects that I've seen this occur (namely “Tuite” and/or “Kyusho”), what exactly are their “requirements”? Taking into account that I've seen (multiple) “levels” of these “Dan” ranks (for Tuite and Kyusho) being touted, how are those evaluated/ranked?
I have to presume that since they're being presented a “rank” in these sub-arts, that they didn't have any prior abilities in those fields, so were the recipient's (other?) Yudansha rankings considered invalid?, incomplete? Or just incompetent crap?
If your going to acknowledge this information as being a separate knowledge set (by awarding a “rank” in it), then something has to of been lacking (somewhere).
It's my own belief, that this is all being based on the “I don't want to hurt somebody's feeling's” (mentality). Telling somebody that they've been getting Fu...., er, Scr...., uh, incomplete information in their training tends to make people feel like they've been taken advantage of (awww,.. too bad, they have!). That's what motivates people to abandon previous instructor's as well as systems.
None of the subjects that I've seen being pushed, are (in any way) a “Sub-Art”. They are a regular component of the whole art. The fact that somebody's system didn't teach it to them should illustrate the fact that have been getting Fu....er, mislead about how much knowledge was available from that previous source to begin with.
I find it amazing that some of these people would actually promote the fact that they've received these (little) “sub-black-belts”(aren't they just precious). They apparently don't seem to comprehend that their (openly) stating that their (original?) Yudansha Ranking was an incomplete farce, and that they (obviously) had to go elsewhere to complete their instruction. And (seeing as how that's obviously the case), why are they concerned with that belt's significance? (I know that I dropped my own affiliation with my previous system almost immediately after having began my study with Taika).
What I found with my study under Taika's tutelage, was a complete martial art. Though I can understand a student (additionally) pursuing alternate training in something like Judo, Why would you waste your time with another form of Te?
I liken these studies to taking parts from different makes of cars, yes a few will (somewhat) “work” together, but the majority won't. I can only presume that it's because of the fear of having to admit to one's prior bad choice in their system of study (Been there, done that). Move on, all the merit badges that you want to try to collect (trying to make that system look complete), ain't gonna make it so.