The issue of a “titles” and "ranking" has always been a misunderstood subject in the Western understanding of Oriental martial arts instruction. At one time (and not so long ago), it was unheard of to find anyone who had been awarded a ranking of 5th Dan (or higher).
In many of the more “traditional” (older) systems, it was an award granted because of time acquired in the individual system. This could have even been presented by one's peers within a particular system.
Those “rankings” could be presented because of an individuals ability, their age, or more often because of their knowledge regarding the system being taught/learned. What is seen today, are persons who have been presented (or more often, have awarded themselves) these rankings because of their financial investment in acquiring those ranks. And yes, I'm saying they bought their "rank".
It was once accepted that (many of) these rankings would/could only be attained after numerous years devoted to the study of a (single) particular system/methodology. With the now popular method of selling ranks, It has become a system for the further generation of cash.
One need only seek how many 8th, 9th, 10th Dan instructor's are out there! These ranks were (originally) reserved for those instructors who had spent years practicing/teaching their art. Now it is common to see those ranks being claimed by 20 to 35 year old's (?WTF!). They won't just claim to have these ranks in only one system, they claim to have them in multiple systems.
Because of a general misunderstanding over the use of “titles” that have been associated to those rankings (within the martial arts), there are an inordinate number/amount of these would-be “masters” who permeate the seminar circuit (often teaching speculative nonsense that detracts the attending students from any practical application of their chosen studies).
Even after dismissing the self-promoted charlatan's, there still remains a large number of person's who (supposedly) hold ranks (and titles) that assert they possess knowledge and/or ability (that they feel others should have to pay monies to, in order to learn/share in that knowledge).
Individual “titles” are or should have been (separately) awarded, and include certification from peer/instructor review (NOT automatically attained from a promotion for some “rank”). Numerous students (often) make the mistaken assumption that they will (or should) be addressed by a particular “title” (solely) because of a rank promotion (or purchase).
The vast majority of individual's claiming to be justified in using those titles possess no certification that (actually) bestows that title. Most are only claiming it because of having received a “rank” in their particular system.
The fact that there are (monetary) “charges” associated with acquiring these “titles”, only belittles any of their supposed value (if not negating their validation IMO). Their only real value, has become the justification for the money being made from the use of that title.
Certification has always been a self-serving gratuity. The only person it (really) should mean anything to, is the recipient. It is (supposed to be) a confirmation of one's ability(s) and/or knowledge in a particular subject. This was often (originally) awarded by one's peers (for recognition of that ability). The fact that your (now) paying for that confirmation, should be a little “telling” in/of itself. What it has become, is a money generator (“cash-cow”) for instructor's who fear the eventual loss of further income (from that individual).
What I've observed most in the industry (in general), is a general lowering of the bar. What once took students years to attain, is now becoming available in 24 months. This hasn't occurred because of improved teaching methods, but from a lessening of those requirements necessary to claim those levels.
An ability to perform a certain action, is not equivalent to having the knowledge or ability to convey that skill to another. Individual motions (techniques) are only applicable (productive) when utilized with a practical methodology. That “practicality”, only becomes apparent/proven when demonstrated in (actual) use (and no, “sparring” is not actual use).
For the past 20+ years now, I've been unimpressed with the quality of instruction being generally taught (within the “seminar” circuit). The majority of it consists of complicated nonsense that serves no purpose for the common (average) student/practitioner.
The realities of a confrontation have not changed over the past 100 years, so why do student's "suddenly" need to learn some confusing miss-mash of “power-based” applications that will only work if that student is a young, fit and male practitioner? One can argue that “weapons” are now a factor (but they always have been?). There are also some situations where the practitioner will be unable to (adequately) prevent being injured (if they were to attempt to resist).
If/when there are no other options (but to resist), then (maybe) you can justify some of those radical responses, but the likelihood of that situation occurring is (or should be) extremely rare. Their most common occurrence is the result of inattention (to one's surroundings). Training in any martial art is no substitute (or cure) for acting stupidly, LOL.
It isn't young, fit males who need to study this manner of training. It's older and unfit/unskilled males, and females who need to learn how to protect themselves from a threatening aggressor. Learning some manor of complicated application might make the instructor feel all giddy, but it accomplishes nothing for the student who needs to learn something that they are capable of performing (that will accomplish the needs that they require).
Fancy belts, neat sounding (foreign) titles and flamboyant techniques and theories are all the rage in the instruction of today's martial arts, but students really just need to learn how to perform the basic motions and practices that can be used to protect themselves (and isn't that what "we" as instructors, are supposed to be teaching them?). 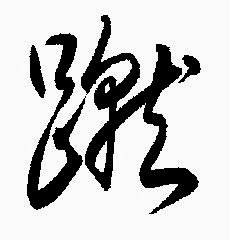