The Consquences of “Restraint” 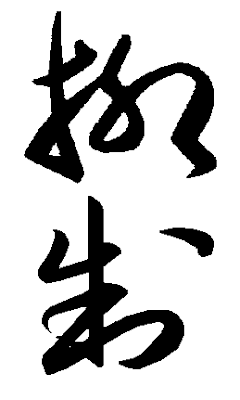 Regardless of what initiates a physical confrontation, the student's goal is to protect themselves from receiving (serious) injury, and preventing the aggressor from continuing their assault. Whether that entails creating sufficient injury (to the aggressor) or restraining them, will be decided by individual circumstances.


One's ability to perform these actions is based upon the amount of practice that one devotes to the performance of the basic defensive motions that are taught within a classroom environment. Within that environment the student is able to explorer the variables that are applicable to the practiced situations.


Initially, one should focus upon the striking arm. Once that arm is deflected (and the aggressor is attempting to retract it), an aggressor will commonly attempt to utilize their other (free) arm (to strike or grab with).


If/when injury (or “pain”) is inflicted upon one arm, an aggressor will commonly attempt to utilize the “other” (free/unaffected) arm. Depending upon the level of pain/injury applied (to the initial arm) will determine the manner of use by the unaffected arm. When the initially affected arm sustains minimal injury, the secondary attempted use (by the aggressor's “free” arm) is commonly a strike. When the initial arm sustains substantial (or at least “painful”) injury, the second arm (when used) will more commonly attempt some manner of “grab” (or manipulation).


Once understood, this can assist the defender in their choice of defensive actions to then implement. When an injury (or a substantial level of “pain”) is inflicted during that action, a moment of hesitation is commonly created (upon the aggressor). It during this hesitation that the defender should be applying a (more) solidified controlling application. This can be achieved whether the aggressor is retracting that arm, or if/when it remains extended.


In either case, the student's (actual) “threat” is the aggressor's unrestrained/free arm. Though it may be unable to either “reach” or come in contact with the student, it still aids in allowing the aggressor to relieve or reduce the effects of the manipulation being attempted (and/or acquire or use any available “weapon” that they may have access to).


In regards to the control of an assailant, the student's understanding of a restrained individual's capability's and limitations is imperative to maintaining that control. Whether those vulnerabilities are natural or created, the student's understanding and ability to utilize them are learned and practiced in the controlled environment of a class. Student's require the experience of both positions (i.e. both that of the aggressor and the defender within those manipulations). There should be consistent verbal interaction between both practicing individual's that will provide “feed-back” for effective application of those applications. Though individual exceptions may present themselves, those reactions will have a general consistency that can be applied to the majority of similar situations.


It is imperative that those applications should not be dependent upon the size/strength of either the Tori or the uke (in regards to the use of those taught applications). Though “pain compliance” is the most popular aspect for this manner of manipulation, it should not be the main basis for a techniques use. Whether the subject experiences (any) “pain” during the motions use should be irrelevant in regards to it's effectiveness.


The student should note the “general” (type) of application being utilized (to maintain the restraining position of the Uke). When the technique is of the (over/Hyper) “Flexion” variety, the subject will be inclined to motion towards a “Fetal-Position” (thus any motion that positions the subject closer to, or within that position will be the most likely to be attempted). When the technique is of the (Hyper) “Extension” variety, applications that exploit those limitations are more likely (and capable) of presenting fewer options for the subject to effect an “escape” from the applied technique.


The most difficult aspect of “restraining” an aggressor, is causing the minimal amount of damage/injury to that individual. Though some (many) would argue that this is of minimal concern in a defensive situation, not “every” situation (and I could easily argue that the majority of confrontations fall into that category) and/or situations will require that the aggressor needs to be “injured” in order to maintain the safety of the user. In regards to legal (financial) repercussions of restraining an aggressor, the less damage incurred, the better. This shouldn't imply that inflicting (any) injury isn't justifiable (in certain situations), but any unnecessary infliction of injury, can definitely be used against the person who does so. An inflicted “sprain”, can cost the person several thousand dollars, a broken/dislocated “joint”, will (easily) start at $10,000 (and up). If you are found to be Liable (for that injury), you will (additionally) have lawyer expenses to contend with (both theirs, and your own). Forget about “humanitarian” reasons for not inflicting (unnecessary) injury, keep the monetary reasons in mind for not doing so.


Various arguments are (often) presented that (attempt to) disregard this concern. The “I was in fear for my life” is the most popular at this time. That argument is very weak (in the majority of confrontational circumstances). The fact that you were able to place the individual into a position of restraint (to begin with, whether successful or not), negates the majority of that argument.


The “Better judged by 12, than buried by 6” argument is a simplistic (if not ignorant) over simplification of the realities of a physical confrontation. The average confrontation (“fight”) will be “judged” by a singular “judge”, and not a “Jury”. It will amount to who has the most money (to buy their lawyer) and who can afford to go to court. Whom ever has the most money (most commonly) “wins”. Regardless of how confident you are with your reasons (for being involved in the confrontation), that story can be manipulated by an (expensive) attorney to favor your adversary. The fact that you participate in a “Martial Arts” class/training will (undoubtedly) be used against you as well. Not “IF”, but When you go to court, you will be (much) better off if you have made every reasonable attempt possible to NOT cause serious injury to your adversary.


Because of these and additional possibilities, our student's devote a large portion of their training to the manipulation and control of an aggressor. If achieving the ability to prevent receiving physical injury was the only factor of training, the whole “martial art” thingy, would be a fairly simplistic task. Reality kind of makes that a bit more involved than what most people presume that our training consists of.
Posted by Openhand No comments: Links to this post