The "Principle" (of the thing) 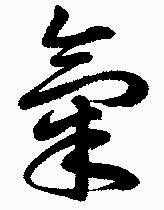 The concept of “Ki/Chi” is (greatly) misunderstood and miss-utilized in the West. As a teaching/concept principle, it is an easily understood analogy. What it isn't, is an actual skill/ability.  The idea of being able to “channel” the flow of energy is only a concept. Though completely possible to (first learn) relate all of the medical/anatomical components necessary to perform a physical motion, it is easier (for the average untrained student and instructor) to conceptualize the notion of water flowing, through an analogy being made to that energy (momentum) being made to a liquid.
This simplistic analogy has been corrupted to include (if not become) a “mystical” quality/ability that can be developed through various questionable studies (that commonly have NO relation to the practice of a defensive art).
Obviously I am adamant in my (disgust?) disapproval for this manor of instruction (when these “mystical” abilities are being endorsed as being a real, much less a valid training method). Oyata was very clear about his feelings on this subject, he believed it to be total nonsense and useless for learning the protective arts. He disapproved of any of “his” systems instructor's teaching this belief to their students (in regard to his system).
As an analogy, the idea of momentum being a liquid is a more easily understood concept for the new student to understand. The correct positioning of the feet, in conjunction with how the user's arms are being motioned “could” be broken down into their various components, but that information can be conveyed after the student has physically been shown the differences in how those motions may be applied. Everyone is familiar with how water flows (most easily/quickly), when momentum is related to water flowing, the student more quickly understands the concept (and overall training doesn't need to be interrupted).
Though I disagree with how this mnemonic is being used (in relation to life-protection instruction via the “TCM” nonsense), I too have used the (water) analogy when teaching various concepts. Granted, this is most often in relation to performing brushed calligraphy (Shuji/Shodo), but in the process of relating various concepts to students, “water” is an easily understood medium (for the student to relate to what is being done physically). In fact, I've come to use the words “like water” if/when making these analogy's (in order to avoid any misconceptions of “ki” being made).
Ki/Chi is a commonly used term in the Orient, that doesn't (or shouldn't) imply that it is accepted in the same manner that is being promoted here (in the U.S./West). Any living thing has “life” or energy (plants, animals, people). The fact that this “energy” can be utilized and/or developed (by an individual), is nothing mystical (as is often promoted). What can make it confusing (to Westerner's), is that Ki/Chi can be developed (though not in the manner that's being sold to Western student's).
Muscular strength is considered to be a form of Ki/Chi, mental attitude is considered to be a form of Ki/Chi. There are numerous examples that are commonly used in the East, that have nothing to do with any manner of a mystical energy.
Using the term “Ki/Chi” (of course) makes the concept sound more Oriental (if not “mystical”), which is (very) often the intention of the instructor. Students often come to learn a defensive “art” that is Oriental. When comparing the numerous defensive methodologies, it is the Oriental one's that have the greatest popularity. Apparently, in order to be accepted as being an “authentic” Oriental art, students have come to expect some manner/level of mysticism to be included in that study. Whether this is used to explain why “they” can't (instantly) perform the instructed motions, or as an excuse (as to why they can't) is open to debate. But what can't be logically argued, is why it is an expected part of that instruction.