What to learn at a Seminar 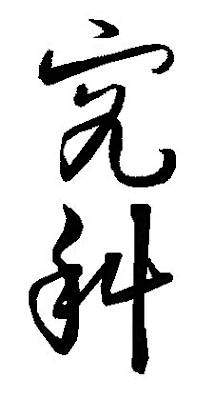 
Over the years, I've received numerous questions and comments about “what I meant” by some of my statements/writings. Well, if your wanting to know, then attend some of our seminars and ask me, I'll be more than happy to talk to you regarding that inquiry and explain what I meant when I made a statement/point (though I might have to look up a particular post to see exactly what it was that I said, LOL). 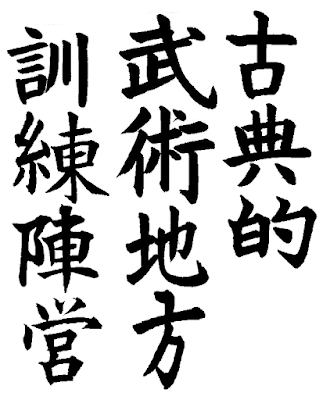 My associate (Lee Richards) and myself in conjunction with one of our fellow Kenshukai/RyuShinkan Yudansha, (and who is another personal student of Oyata's, Lisa Ohmes) will be teaching in  Dallas, North Carolina on June 13/14
(at the Classical Bujutsu Regional Training Camp).

We will be teaching our 6 Principles of Tuite as well my two associates teaching the introductory sliding Tan Bo bridge/drill  (and applications as time allows), as well as the exclusive Chizikunbo bridge/drill.  (These were both learned by them directly from Taika Seiyu Oyata).

We'll have to see what's available (time/space wise), but for those wanting to exclusively work on Tuite Jutsu (instead of the weapons), I will make myself available for individual Tuite tutelage during the weapons instruction portions (as I won't be participating in the weapons training myself). 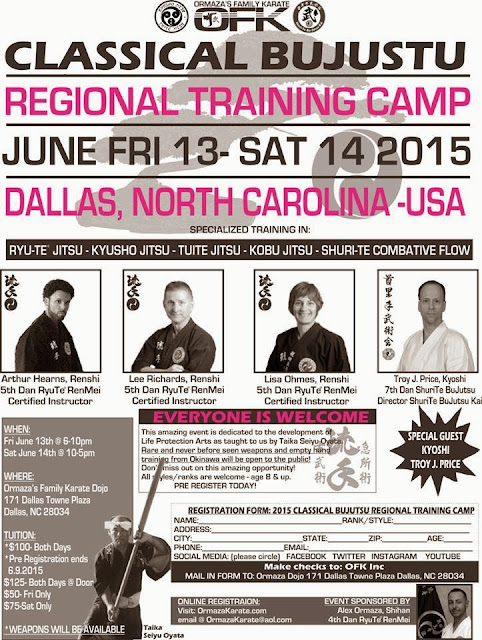 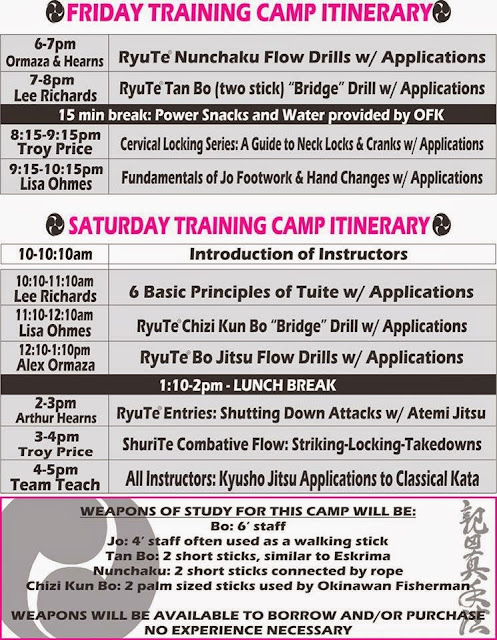 Later this year (TBA), we will additionally be hosting our own "open" Tuite Jutsu seminars (in K.C.MO.) focusing upon the 6 Principles of Tuite. They will (likely) be 6+ hr. seminars to explain each of the Tuite Principles in exampled detail.These will be held as "open" seminars for anyone who wishes to attend. They are being presented to example/explain the differences between how (many) of the other groups/individuals are teaching Tuite in comparison to how Oyata taught his applications to be utilized (and yes, there are differences, LOL). Contact me/us here, or at the Ryushinkan/Kenshukai dojo website.