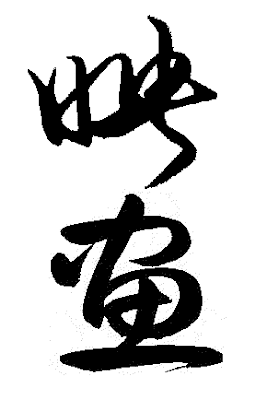 We have been inundated with requests for a "Video" release of our 6 Principles of Tuite book since it's release. Fulfilling that request is more involved (?) than would initially be thought. The release of the 6 Principles book was a compromise (on our part). That book consisted of (less than) a third of the material that we had on the subject. Most people assume that was done in regards to the number of included techniques. The included techniques were only included to provide a reference for the principles that were discussed in the (provided) "Principles" descriptions. What was provided in that book, was the bare minimum of description for those (6) principles. What was originally written (for each of those principles) consisted of several chapters in regards to each of those principles. The "Feed-Back" that we received (from reader's of the book) was most typically in regards to when the "next" book was going to be released (?). To Us, this demonstrated the fact that readers did not recognize the importance of understanding those principles (rather than only learning the provided "techniques"). In our opinion, the techniques (themselves) are irrelevant. If/when one understands the principles, the performance of (any) technique becomes secondary (if not a comparatively simplistic matter). As we stated (in the released book), the purpose of that book is to provide a standard of practice and a research guide to spur (further) individual research (in regards to the provided, as well as any desired technique/application).
"If" reader's had used the book (in that manner), the questions asked of us would have been very different (than those that we have received). Because of that response (and how the "market" is presently orientated), we have (for the time being) chosen to release individual "videos" that will include those principles being (further) explained and demonstrated (in regards to the numerous techniques exampled within the book).
Each video will include demonstrations and explanations for a number of the techniques that are included in the 6 Principles book. Although the videos will not (each) have all of the information that is provided in the book, they will include supplemental information that is individually applicable/demonstrated within those techniques. As was (originally) intended with the book, the purpose of this material is the student's understanding of the provided principles. These video releases will expand upon aspects of those principles that are only referenced to in the original book's release. Although many of those explanations have been provided ("On-line"), a more thorough explanation for those principles will be provided within these videos. There is additionally a (growing) demand for example videos for Oyata's "Weapon" kata and applications. We are compiling a collection of those as well, and their release will be provided as we are able to compile them. The provide bunkai will NOT consist of the "typically seen" (clickity-clack) use of those weapons. These will include the practice of, and the uses and manipulations (for those weapons) that are not typically seen (or practiced). They are intended to spur further research by those persons who acquire them. All of our video releases will be provided/released on "wallet" usb cards that can be plugged into and viewed/played on a computer/notebook (as well as some phones and video units/TV's). We believe these to be more practical than "DVD" releases.