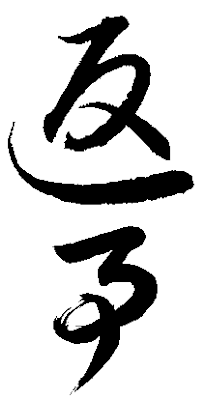 The following post is in response to a question/statement made in a prior post. I felt it was a valid statement (and questions), and my response was too lengthy to provide it in (only) the “questions to the author” section (the reader's comment and questions can be found in the original post. ("Atemi"").
Reader's of this post should reference that post, and read the comment posted there.

In regards to the medical text reference, I don't propose that someone will figure out much (of anything) in regards to technique application from that knowledge. But it is a good starting point for one's study. That knowledge allows one to eliminate a number of the (often ridiculous) assumptions that are being asserted in regards to (various) technique applications.
Oyata provided (provided) none of that information to us. He suggested it, but provided (very) little to no “medical” references. People commonly assume that “Just” because we had been direct student's of Taika, That he imparted some level of “secret” instruction upon us, ..he didn't. He provided that instruction to all of the attending student's, whether they paid attention (when he did) or not, was “On them”.
Most everything that Oyata taught, was done via “example/demonstration”. He rarely provided very many details to technique application. What he did provide, was done via (repeated) “demonstration”.
Arguments can be made as to the effectiveness of this method, but that was how “he” was taught (and so assumed it to be the best method).
The majority of Oyata's instruction was exampled through (performed) physical examples (of the applications), and observation of the results from those attempts. Anatomical knowledge allows the student to understand what those applications are accomplishing (physically). No, these techniques could not have been developed “in isolation”, we had Taika to provide examples of their application (as did numerous others). When one starts to compare the differences between those students (each of whom had varying degrees of experience with Oyata as well) and seeing how those individual's perform those techniques, it becomes obvious who paid attention (and conducted their own research), and who didn't.
Oyata taught using a (very) “old school” methodology (“I show, you practice/do”). Unlike numerous other's (who teach likewise), he would further correct/guide you (if/when you would provide examples of what you had developed). If/when you were “happy” with whatever you had come up with, he would “move on” to another subject. The majority of student's would then cease (any) further research with that application (often without fully understanding the nuances of that technique/application).
One could (easily) conclude that Oyata was a “poor” instructor. He could (obviously) perform the motions/applications with a level of skill beyond that of any of his “peer's”, but very few (if any) of his student's came close to exampling his methodology. He provided very little “detail” (in that regard). He expected the (dedicated) student to study those motions and determine the correct application of those motions, and do so on their own.
For those that wish to (accurately) emmulate his manner of application (if not his methodology), and you don't naturally possess his “perspective” (or ability), the only choice is study and practice. We approach our instruction with the idea that the student knows nothing (about the human body) and therefor include (very) basic information in regards to that subject. Oyata had (his own) insite into the application of techniques. He would often state “I don't know why (this happens), and I don't care. I only know that it happens, and I take advantage of it”. We attempt to explain (a little of) the why.
Your correct in stating that it (can) require a “life-time” of study/practice. We only feel that it shouldn't have to. We (attempt to) include relavent information (for the student) in that regard. The information that we provide, doesn't make the student “able” to perform the application/technique, it provides them with the knowledge to (possibly) expand (or extrapolate) that knowledge (more easily) for use within further applications and techniques.
I would contest your view that “it's not for a lack of desire or effort”, I believe that it is in regards to a lack of those attributes. If what one is being shown doesn't address the desired knowledge, it's time to “move on” (and find that information, whether through another system/instructor, or through one's own study/practice).
Oyata practiced (and taught) technique “bunkai”, he disected every technique into it's individual motions and identified those individual components that made the application effective (and/or “ineffective”). Knowing what (generally) “will” work, is insufficient. Understanding what doesn't work (and why), is equally as important.