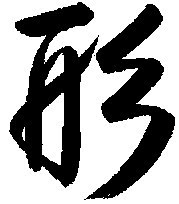 When student's are initially shown kata, their emphasis is on memorizing the shown motions. They (often) attempt to interpret those motions as (all) representing various strikes and technique's.  “If” that were their (only) purpose, it would prove to be a very impractical way to convey that information. The majority of practitioner's recognize that the kata do not represent an (actual) confrontation (representing numerous opponent's who are attempting equally impractical methods of assault). Knowing that the kata don't represent this, (apparently) doesn't stop people from coming up with numerous (equally) impractical defensive motions/techniques based upon those motions.


Kata, were intended to review/practice the taught motions (when a training partner wasn't available), and to provide reflection on how those motions could be implemented during a confrontation. They taught (the student) how footwork should be utilized (when involved in a confrontation). More often the motions represented unique situations for those motions. Common and obvious use of those motions and technique's, should be (equally) obvious (thus not additionally required to be done in a “training exercise”, such as a kata).


When Oyata began his instruction (from Wakinaguri and Uhugushugu), much of that instruction involved watching (other) people. Watching how they walked, how they moved, and what motions they did during their everyday actions. Until it was understood what constituted “natural”, it was difficult to recognize what was unnatural. Though seeming irrelevant (as unnatural motion is often obvious), natural motion is often disregarded. The recognition of natural motion, allows one to make the instructed motions as natural as possible (thereby making them as unrecognizable as possible). By making those motions as natural as possible, they will (additionally) be as efficient, and as “hidden” (thus more difficult to defend against) as is practical.


Kata, when done correctly, should be performed as relaxed and as quickly as the student can perform them (without sacrificing any “correctness” of the motions). The exampling of “power” is an irrelevant aspect. “Power” (only) represents an individual's physical capabilities. It only provides an advantage (defensively) if/when one's defense is based upon one's ability to “out-muscle” an opponent. That doesn't mean that power has no use, only that one's defenses can't be based upon it (as many systems attempt to make it).


The practice of kata is approached in stages. That doesn't mean “basic”, “intermediate” and “advanced” (which I've argued against in other blog posts), and is a “Marketing” tool/habit (and serves no “training” purpose). Kata should initially be approached by learning the correct motions (not “basic”, the correct and complete motions).
That commonly means slowly, piece-by-piece. When the motions are being performed correctly and without (conscious) thought, the student should increase the speed of that practice. It is at this stage that students perform the most mistakes (in replicating those motions), thus causing it to be the slowest (in progression) stage of kata training/practice. (Only) following that stage, should the student attempt an increase of any (applied) “power” with the kata motions. If/when the student “changes” (in any manner) how they are performing the kata motions, they are defeating the purpose of practicing the kata.


The “addition” of any (extra) hip motion, or twisting of the shoulders, defeats the purpose of kata practice. Kata practice is for confirmation of how the student performs the included motions, not for “adding” additional actions (that serve no purpose except to telegraph one's intentions). If you don't “shimmy” your hip's (when you naturally walk), it will serves no purpose to do so while performing a kata. If the practiced motions are not “natural”, they will provide limited (if any) effect in (actual) technique application.


When one's (only) “purpose” for the practice of kata, is to learn “new” technique's, it only exemplifies the fact that the student doesn't understand how their “known” technique's (as well as the kata motions) should be utilized to begin with.


Any shown/taught motion can be performed in varying manners (regardless of which technique is in question). Each system has their own level/degree of “correctness” for that performance. Those differences are often what people base their arguments for/against (any) taught methodology. For that reason I refrain from (most) direct critiques of another systems methodology of performance. I will (directly) contest something that an individual posts though. The majority of those examples are only applicable for a few (limited) individual's. If/when a motion or technique can only be performed by a limited number of individual's, that should illustrate that the technique has only limited usefulness (for the majority of students).


Technique's should (all) be equally usable by every student (regardless of size/strength of either the student or an aggressor). If/when this isn't the case, the “technique” should be omitted from the training syllabus. This is not to say that technique's won't require practice, only that an instructor is (often) required to illustrate what a student may be doing incorrectly (thus causing difficulty in the technique's performance).


Kata will often stress the practice of particular motions that “make no sense” (to the untrained student). It is the instructor's responsibility to clarify and define what (and how) those motions are utilized in technique performance. This all comes from repeated practice, and (actual) study of the motions contained within the kata.