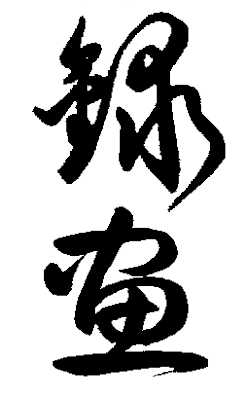 Because of the number of requests and inquiry's that we've been receiving, we have now begun to produce DVD's that will address the defensive system that we teach ("Oyata Te"), and methods of instruction that we utilize to do so. These DVD's will focus on demonstrating and explaining much of what I've written about here. They will also demonstrate what we have discussed at the seminars that we've been recently attending. Our initial focus has been on developing (actual) training Video's that demonstrate the principles and technique's that I have written about (in this blog). We are additionally considering the inclusion of a Web-site, to address any questions that may arise from the viewers of these DVD's.


We have been teaching these principles and technique's to our student's for years, and now believe that we have the time (and the tools) to be able to provide this information to interested parties in a quality product (including multi-camera perspectives, High/Slow speed video shots, etc.).


Personally, I have never been a particularly big fan of "Martial Art's Video's". Having made that statement (again), my reasons have been because they are commonly of poor quality and (more often) have only been provided to "show-off" the individual's skill (or lack thereof).


We've devoted a generous amount of time to the attendance of various "Training" seminars over the last few years, and although we have encountered (numerous) individual's that were skilled at presenting whatever it was that they were demonstrating, the quality of the (actual) instruction was often "lacking".


The focus of our videos will be on the viewer understanding the material being presented. Though what we teach comes from the perspective that was provided to us by Taika Seiyu Oyata, the material is applicable to most all forms of defensive practices/arts.


Our plans are to initially provide DVD's for "Female Self-Defense" applications, and various (individual) "Movement and Application" video's. We will also be producing DVD's that will address numerous subjects, including the application and correction of (commonly) misapplied "Tuite" techniques, "Force Efficiency" and (of course) individual "Weapon's" use and application videos.


Our "choice" of subjects to address will be guided (in part) by consumer interest (thus the probability of a separate web-site for that purpose). Although we have a plethora of subjects that we want to present, those subjects that generate the most interest will be addressed initially.


The greatest "fault" that we've encountered (in our attendance of "seminar's"'), has been the Lack of Details that have been provided (or allowed, because of "time" restrictions). To a great extent, providing that information via "DVD", will allow for (on average) a greater amount of time per/subject to be provided. It will also allow for multiple perspectives to be provided for those motions and explanations.


I still believe that video's can only provide a limited amount of "information" (albeit via example). The viewer still needs to perform the demonstrated motions upon another person themselves (and preferably do so upon multiple individual's). Our goal is that the provided information (on the DVD's) can be utilized in conjunction with that objective.


Although we will be focusing on providing DVD's that will address specific subjects, we are continuing the work on our books (covering many of these same and additional subjects). In many cases, our plans are to create "companion" DVD's for the books that we already have, or will be soon releasing.


Becoming (More) aware of the time required to assemble these (written and video) projects, We're anticipating releases to begin to become available sometime after the first of the (next) year (2018). The majority of the written material is completed, but the video portion requires copious amounts of editing and production (no, they're not just "Hey, hold the camera while I do this" video's).


If you have any opinions on subjects that you would like to see us address (whether in written or video format), feel free to E-mail your suggestions to this blog.