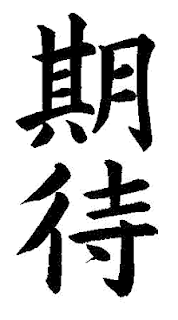 When I first began studying a martial art, the odds of becoming a Yudansha (Black Belt) were (only) about 40%. On average it required about 4-6 years of (consistent) practice and class attendance. “Black-Belts” were not nearly as prominent (as they are today). The claim of being one, would usually be met with moderate admiration, if not reverence (envy?).
It was not uncommon for individual's (meaning the “instructors”) to make claims of having had “Kung/Gung Fu” (Chinese martial art) experience. At the time (early mid 70's) that was what was “hot”. The average “ranking” (of a martial artist/instructor) was commonly 2nd Dan, on rare occasion you would come across a 4th Dan but rarely any higher.
Now, it would appear that every instructor is (at minimum) a 6th Dan or higher. Because of that, I've gotten to the point that anyone (and I do mean anyone) that tells me they're rank is over 4th Dan, my opinion is one of doubt.
What was once a position obtained by diligence and hard work, is now one of expectation, and often the disdain of an instructor(?) if that rank is not awarded in (what the student feels to be) an acceptable time frame.
Knowledge, is no longer an acceptable standard for having received a rank of Yudansha. Now it is commonly presumed that one will have equivalent ability's simply from having been bestowed a “rank” (of Yudansha).
It would also appear that for a (any) school, to have credibility (?), they must have a flock of “Black-Belts” that have been awarded to their student body. The fact that those students are woefully lacking (in either ability or knowledge) would seem to be irrelevant.
I have one of the “Big Chain” karate schools located near my home. Whenever I'm driving by that school, I see a herd of their students (commonly small children) through the pane glass front of the building. On occasion I see (actual, LOL) adults as students, doing their prescribed motions, kata etc. through the windows.
They're usually performing some manner of 2 or 3 step practice sets with one another, and the whole scene is reminiscent of one of the local dance studio's. If the students were wearing the little Tu-tu's or ballerina outfits, it would look exactly the same.
Beyond the humorous aspects (he sadness sets in), when I observe that most of these students are wearing Black-Belts around their waists. From ages 8 – 50 (?), these students are supposedly Yudansha grade students.
One would at first suppose that the instructor must have been around for awhile, and/or that these students must (surely) be exceptional (in some way). But with further observation, I can see that they are barely (if at all), able to perform these simplistic defense sequences. And yet, they wear a Black-Belt.
At what point in time, was it decided that everybody “deserved” to get a Black-Belt? I know of numerous individual's that are very knowledgeable, and/or talented and yet, don't have (nor do they deserve) a Yudansha grading. I don't believe that an individual must (necessarily) be proficient in every aspect of their chosen martial art to obtain a Black-Belt, but I do believe that there should exist minimal levels of ability and knowledge in each aspect of that art that are required.
When I see these kinds of a “belt factory's”, I understand why people (generally) view martial arts with disdain and repugnance. These types of Schools (and their instructor's) are why the martial arts have become filled with the charlatans and snake-oil salesmen that it has.
I do realize that not everyone practices a martial art for the same reasons (or purpose) that I do. I imagine that is also a contributing factor as to why our classes are not as large as we would care to have them (in addition to the recent economy, LOL).

For those that only want someplace to do a physical "workout", they wouldn't be pleased with our class curriculum. We require our student's to engage their brains (and think). There's more involved with learning a martial art than "punchy-kicky".

When I was awarded my first Yudansha grading, I felt that I didn't (really) deserve it (at the time). Now (a few gradings later, LOL), I still feel a little questionable about anybody's ranking, and/or "Rank" in general.

I remember when Taika got rid of (and banned) any of the RyuTe® (Yudansha) members from wearing any belts (especially the one's which would denote the individual as being anything "different" from the rest of the association Yudansha members).

He felt that anyone doing otherwise (ie. wearing those belts/gi) were only "showboating" and/or feeding their own egos. Those that continued to wear them, eventually got kicked-out (though for more serious offenses), and continue to wear them even today.

I now see that a new group of (association member) individual's have begun wearing them as well (I presume to make themselves appear "superior" to the rest of the membership?). Whether the "Board" will address that subject (or not) will have to be seen.

Although it might appear to be easy to lay blame for the numerous (faults/weaknesses) problems within the RyuTe® assoc. The truth is, that this association is no more (or less, LOL) "F'-d-up", than any other M.A. organization is, and I would argue that we (still) have the potential to make it a superior organization.

At the moment, all of that hinges on what the "Board" decides to do over the next few months. I also feel it might be nice, to provide the membership with a "head's-up" on those plans as well,... uh we do have a "private" forum/board (you know? LOL).