Doesn't it bother you? 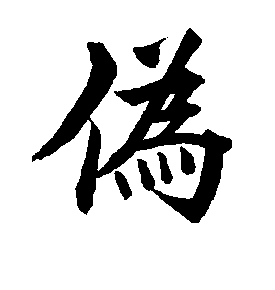 I'm aware that the United States doesn't rank that well in the (Global) education department (20-something?). I'm also aware that there seems to be some manner of a conflict being waged against "science" (in general) in various parts of the U.S. as well. I watch the television, and I can tune-in any manor of show that's presenting "ghosts" (and their "hunter's") as if they also really exist. All of that, doesn't mean that "I" should be expected to jump onto this bandwagon of stupidity, and begin teaching that my student's should believe in some manor of made-up nonsense as well.

I was recently asked what difference it (really) made to me, whether somebody practiced some form of Hokey-Pokey Goggledy Goop, and then proclaimed that it was “the magical mystery martial art” (or used the more common term of "Ki")?
As long as the (over-all) given instruction actually did provide some level/manner of defensive capabilities, then what difference would the inclusion of any of these taught “accessories” make ? (regardless of how useless and/or untrue they are).
I believe my biggest problem with it, is the fact that it's a Lie. I tell my students to regularly question everything that I tell and show to them. If/when they aren't convinced that what's being shown to them will work, then they won't be inclined to practice it.
I have no need to lie to my student's about the effectiveness of the techniques that I teach. What is taught, is based upon recognized science, and physical principles. The inclusion of any manner of mystical nonsense is only being done (by those instructor's that do include it) to make themselves appear to be, or be doing, more than what is actually occurring.
The desire to have or possess some manner of “powers” beyond the normal physical is more akin to a fantasy obsession, than having any actual use or application. Those systems that tend to emphasize those types of abilities, are (more often than not) fairly limited in their physically instructed abilities.
Having been around for a few years, I feel completely confident in this evaluation. In the past 30+ years of my practice I have had numerous encounters with individual's who have made claims of some manor of “Ki/Chi” abilities. None have been able to perform anything that I myself wasn't able to reproduce (without making any claims of Ki/Chi use or manipulation abilities).
I'm also regularly flooded with E-mails that are attempting to imply that these same charlatan's are only using those “terms” for an easily understood reference manor (which I contend is deceptive at it's root, by attempting to use those recognized terms and explanations as if they were legitimate and scientifically recognized as being valid by ANY scientific community, which they are NOT).
Most commonly, these people utilize someone of sufficient physical size (to begin with) to perform their “examples” (of extra ability). Most often these performances are nothing more than tricks (which can be found on the internet with a simple search for “Examples of Ki/Chi being Fake”). Those who push this nonsense have no Scientific training and/or are in denial of any scientific methodology.
In regards to the practice of RyuTe®, the association has several individual's/Dojo within that organization who are currently pushing these nonsensical concepts (which is easily confirmed by their Websites and their listed affiliations). They are frauds and charlatan's IMO, and deserve to be ejected from participation within the RyuTe® association (for being such).
Having listened to member's (attempt) to defend those individual's actions, I have no sympathy for their nonsense and/or deceptions. There are legitimate ways for a school/dojo to make money. Pushing this nonsense only reflects poorly upon the RyuTe® association, and it's image through it's affiliation with those schools.
I am unable to lie to my student's (merely to pacify somebody's hurt feelings from being kicked-out of an organization). I would rather continue without that association if I were to be forced to decide between allowing this nonsense to be included with what we teach, or not continuing to be a part of that association.

If/when any school has to include this manor of ignorance (in an attempt to legitimize itself, or it's actions), the attending student's should vacate immediately (and find themselves a new school/dojo to study at).


Upon several occasions (over the past year alone), I've had “persons” insinuate threats (upon my person, my family, and my students). All of which, was related to commentary made here, on this blog. Now granted, in every one of those instances, I was neither impressed nor concerned for my own well being by those threats (one needed to only of considered the source of those threats, LOL).
What I write about, and/or state “here” (upon this blog), are my own opinions. I have been informed, that I should develop humility (regarding my opinion of various subjects, and the individual's which I have wrote about). I disagree.

If/when I identify a turd floating in the communal punchbowl, I'm going to not drink from that punchbowl. I will also express that I believe that turd should be removed from the punchbowl (and that the punchbowl should then be sterilized as well, LOL). I believe it to be disingenuous (if not self-centered) to not inform anyone else that there exists a turd in that punchbowl.
The study of RyuTe® is not based on Pacifism, in numerous instances it would be (more accurately) considered a form of preemptive self-defense. Taika named his art "Life-Protection", that phrase can encompass numerous branches within the instruction of that art.
In regards to the ignorance of what is often being taught as fact, and isn't (ie. "TCM"), if someone chooses to waste their time with that drivel, so be it. It should never be taught in any establishment and/or class that includes the instruction of RyuTe®. Anyone who claims to be a student of RyuTe® and/or of Taika, and is teaching that nonsense has never studied with Taika and/or isn't teaching his methodology.

While writing this tirade, my associate forwarded me an (inquiry?) E-mail, from someone wanting to know if "we" (I assume RyuTe®) at our Dojo, teach all the TCM nonsense that GD does (this person having recently attended one of that guy's seminars, which I find hard to believe that anyone still attends those, LOL). He stated that he would be working in our area for a few months and was interested in attending our class. Upon my associate replying with "No, Taika did not condone TCM or any of what GD teaches", the individual replied with "thanks"... (we presume he didn't wish to learn what Taika actually did teach, LOL).

I informed my associate to tell to him to come-by, I'd be happy to show him all the mistakes being made in GD's "book" (about Tuite). We use those book's for our student's to identify the (many) mistakes being performed within each of his examples, LOL.
As to the individual's who were kicked-out of this association, and all of those whom have chosen to continue to associate with them, I consider you (all) to be of the same ilk as they (therefor, I have no interest in having any affiliation with you, nor anyone who would be associated with you, or I'm sure, you with myself). I consider each of those individual's to be self-evident hypocrites and charlatan's.