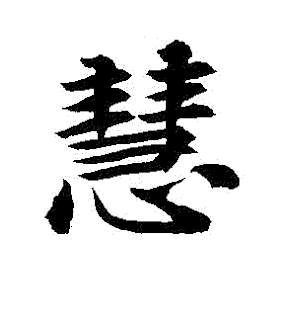 (Observing, & Accessing the Intelligence level of those who choose to instigate a physical assault)
It has long been my contention, that the general level of intelligence (or at the very least, “education level”) exampled by the over-all criminal element, is of a lower than normal level. If you have ever been to (meaning “visited/worked”, LOL) at an incarceration facility (“Prison”), you'll quickly come to the understanding that everyone you encounter (mostly the “inmates”) belong there (or at least you quickly understand why they're there).
Stated even more “Non-P.C.”, they're not that freaking bright (which will most often explain why they are criminals). Yes, there are exceptions, but those are (very) few, and far between.
Consider every physical act of aggression that you have ever been (either) involved with, or witness to. If I had any money to do so, I'd bet, that none of them took place because of some intellectual disagreement.
Physical conflict will only occur when/if the ability to intellectually (and verbally) present/debate one's perspective (either) fails, and/or never existed to begin with.
Despite what ever reasons are given, the fact is, that “crime” is not the endeavor of an (exceptionally) intelligent person. With very few exceptions, criminally inclined individual's (at least the physically inclined criminal's) are not prone to the extended study of a martial art (too much commitment is required, LOL).
In addition to having limited intellectual tendency's, criminals certainly don't have the patients to continue study in a (or any) martial art. The practice of “sparring” (as it is commonly being implemented) implies that the opponent will possess (at least) some martial arts knowledge/ability (though through participation in it, numerous violent criminal inclinations can be satisfied, therefor can also attract that element).
Though claiming to offer practice/experience in the application of the studied technique's, it's only on rare occasions that you would use any of what's practiced in a class (during a "sparring" match). For the average "karate" student, this lack of training, would be a fairly common experience.

In an actual "self-defense" situation, the majority of those strikes being attempted, will be a “round-house” punch, a “straight” (from the shoulder) punch, and an “upper-cut”. The only kicks that most are likely to encounter (from someone who isn't formally trained) is going to be a front kick, or (some form of) a “round-house” kick (seems that everybody, knows how to perform some manner of a round-house kick, LOL).
You can easily go on “U-Tube” and watch the “kiddies” play-fight with their ridiculous kung-fu wanna-be reenactments and spinning-kicks. It's readily apparent that these individual's only possess rudimentary abilities.
What's commonly observed, is untrained amateurs pummeling (at) one another in the usual "Alpha-Dog" (types of) contests. Though usually appearing clumsy, and awkward, (as well as being typical, LOL) this is what a common confrontation resembles.
Any serious student (with even moderate experience) could handle the majority of the individual's seen on these video's. The most obvious difference seen between the participants, will be the level of commitment that the individuals (usually the "winner") will display.
Though rarely being of any notable skill-level, the most beneficial part of watching these altercations isn't the abilities of the participants. More notably is the observation of the types of techniques being utilized (straight  and roundhouse punch, 90% of the time).
The majority of what will be encountered will be the (classic) "Rabbit-punches" (rapidly repeating punches) though not powerful (individually), these punches can create a cumulatively debilitating effect on the recipient.
Regardless of the skill-level of (either of) the participants, when a solid technique is landed, the effect is usually immediate. This more illustrates the need to connect (with a strike), than distinguishing any superiority of any type/method.
The popularity of the more brutal defensive methods has (mostly) been productive (on a popularity basis) for recruiting (even more) violence prone males (to be students). This also fulfills the standard for the lower commitment (lower intelligence) student, who would prefer to beat their way to a confrontation's conclusion.

As for being considered a "good" choice for defensive purposes, I believe that they are not. My own "standards" (for students) are, that if a 95# female isn't able to make the technique work (on a 200# male), then the technique isn't worth teaching.

That standard (alone), means that 95% of the MMA (types of) techniques wouldn't qualify (to be taught in my classes). It also means that the systems that emphasize any manner of brute force tactics (alone) wouldn't either.