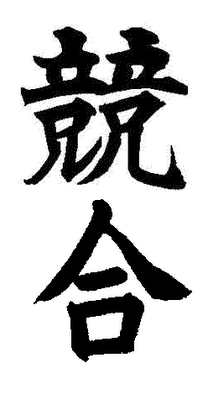 Wow, while recently performing an internet search, I came across an individual who was presenting “His” Tuite principles (?). Seeing that we have taught our own 6 Basic Tuite Principles for (more than) 10 years, I felt that I should investigate, LOL.
It seems he only had “2” (videos) up for review (at this time), and they proved to be as useless as I suspected they would be. His “principles” were re-hashes of the same ol' (small-circle) Ju-jitsu nonsense that was popular in the late 70's/early 80's.
As I further reviewed his website, it was obvious that he was (yet another) of the (victims) attendee's of a Dill***seminar/instruction. I located the entire list of “principles” that it would seem are taught by this group (and others like them).
They have a total of 9, mostly ambiguous “principles” that are as vague as the rest of their instruction is (and yes, I have seen it). If you do a “google” search, you'll find these “principles”. They are no more “Tuite” specific, than saying “attack the opponent's joint” is.
Knowing how little his instructor's actually knew, I suppose I shouldn't be surprised by the “list” he presented. Those “principles” are more of a generalized list of suggestions than anything specific that could be utilized by the average student (at least in regards to Tuite).
From our point of view, their list is actually useless for correcting any (already) “known” techniques (by the student). It (their list) only provides (debatable) application methods, with no guidance on determining which one's, or how they could, would, or should be used.
Unlike theirs, our 6 Basic Tuite Principles define all of the necessary components of performing a tuite application. They provide the student with the guidelines to determine why their application is failing (and thereby where/how to correct it).
Some of their listed “principles” are also just FLAT-ASS WRONG. These were compiled by someone (their supposed “leader”) who had no idea of how or why those technique's worked. He was forced to go to instructor's of other methodologies, who could only explain how/why theirs worked (well, sometimes, LOL). Not knowing any different, he used their explanations (as well as eventually, their technique's).
We do have copies of this guy's (instructor's) books (at our Dojo). They're useful for students to see how not to perform a technique (and we use them for reviewing student's on pointing-out the mistakes being made in his examples). Everything else in the books is irrelevant, misleading nonsense.
When I encounter misleading information (such as what I found with this individual), it fuels my desire to further educate my fellow instructor's/students within the RyuTe® association. It's with that desire that I/we await the RyuTe® board's decisions regarding providing seminar's (within and/or outside of the association).
My associate and myself have been researching a number of situations (for which we have developed Tuite responses for). We are hoping that through providing instruction on our 6 Basic Tuite Principles, we can interact with other RyuTe® instructor's and see what they have been developing as well (be they instructional methods, techniques, exercises, or whatever).
My associate and I are fully aware of Taika's desire for this association to be a community/family-like environment. I've complained (on Here) that the individual dojo are becoming fragmented (through their isolation from one another).

I have always advocated inter-dojo communication and interaction. I believe that the board was discussing (the possibility?) of whether to have regional gatherings, either as well as, or instead of the annual (summer) gathering. IMO, it would be cheaper (yeah!) to attend, and there would be a higher instructor to student ratio (for anything new that the board wanted to be implemented throughout the association) if they chose to utilize the "regional" option.
I believe that fragmentation/isolation is what is allowing some of the association dojo/instructor's to (of began?) be teaching the KI/CHI nonsense. That was NEVER any of Taika's teachings, and anyone who is including it, is not anyone who has studied with Taika (whether they have ever claimed to be a member of this association or not).
On other association information, The board did recently decide to implement that the "basic" forms of the kata (on the old 12 video tapes), will be considered to be the correct "standard" form for teaching the kata. My understanding is, that these will be the manor of performing the kata for any association rank/grading as well.

Over the years, Taika was constantly attempting to get "us" to think of the kata motions, in the manor of combinations, and application (thus, all the different manors of performing the kata that he provided). None-the-less, He always maintained that the (listed) "basic" forms of the kata, were the correct method for teaching/learning the kata. Everything that he added/changed, was for performing his methodology (ie. RyuTe®).
As we are seeing it, there is no manor of detailed Tuite instruction (really) being implemented within the association (beyond the basic motions and techniques being shown). It is our opinion, that this can, and should be rectified.
What we are offering (instruction-ally), is an alternate teaching method to be used in conjunction with what-ever methodology that an instructor presently uses. These principles can be taught to a kyu-level class (easily) in a 3-hour time frame.
Anyone who is familiar with these (6) principles, can dissect their own, as well as the techniques of another, and determine what they are (either) doing correctly, or incorrectly.
What's usually being assumed, is that we are teaching techniques, we are not. We are teaching, an Instructional Method (for practicing, learning and validating the performance of an individual's Tuite techniques).
These methods were taught to us by Taika, individually over the past 30+ years. Some were mentioned in passing from him (almost as personally conveyed "hints", LOL). All that we have done, is to collect and list them into a usable reference format (for anyone to utilize).
If/when the board gets the Dojo Handbook (back from the lawyer, LOL) finished, then maybe we'll know what/how (or even if, LOL) we can proceed with our plans. Till then, it will only be our student's that are able to utilize those teaching/training methods (which, IMO, is a shame).