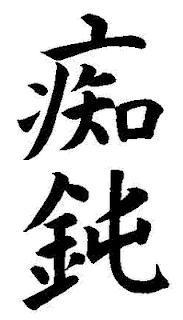 Of late, I've been doing a lot of research on what and how (other) systems are teaching their methods and precepts for the training of their students over the performance of applying their manner of grappling/manipulation techniques.
Though usually calling their techniques (or whatever it is that their doing) “Tuite”, unless those techniques were taught by Taika Oyata, they're not (actual) Tuite (which I have explained elsewhere).
Seeing that we're rewriting our school's Tuite Instruction Manual, I was recently looking-up something on the internet, and came across something similar to our 6 Basic Tuite Principles. I've listed them (theirs) here for comparison purposes, and to be frank, their pretty disappointing.
In comparison, they have 9, where as we have only 6, (at least for our basic principles). Some of theirs are just ridiculous IMO. They should be considered obvious enough to not be required as being “principles”, much less as the vague concept that their implying (ie. #5, The first half of #6, and #8). They also have a few of them that are simply re-stating the same thing, in different ways? (#2, 3, and 4).
Their “principles” are as follows:
1. Use pressure points, every joint is controlled by at least four points
2. Apply complex torque, move a joint in more than one direction (bend & twist)
3. Utilize two way action (push & pull)
4. Generate confusion, confuse the mind or the joint. Mind-slap, kick, strike before tech. Move
joint in several different directions to confuse it before technique.
5. Work against a base, create a base, either you leg, body or hand.
6. Create mechanical advantage, position yourself where you are the strongest and they are the
weakest. keep your arms in close to your body.
7. Apply variable pressure, change the frequency of the tension applied to a lock. our body
eventually will compensate for the pain. change pressure to prevent that.
8. Stick to opponent, always keep in contact with attacker. sticky hands theory
9. Utilize Redundancy, means to apply several principles at the same time or in rapid succession.
Their first one (#1), to myself is just stupid. By making this a principle, their implying that one has to learn those (supposed) “4” points (which again, is just stupid), the implication that these “points” even exist, is that someone has to learn them to cause the techniques to work. #7 is the only one that actually makes sense (though we don't include it in ours, because it should already be understood by the student with the learned application of any/all general technique).
Having actually read the texts that these are based upon, I'm already aware of how incorrect their application methods are (as well as the premiss for their methodology). I've stated before that those texts are used by us, for our students to point-out the things that they're doing wrong in their provided photo's.
My associate was even recently contacted by someone who was going to be working in town (K.C.MO.) over the next few month's, and was curious about attending our class. His (main) question was regarding whether we taught these (listed above) “principles”.
After informing him that we (or Taika) did not, he replied with “Thanks”,...that's all, just “Thanks”, LOL. I find it incredible to begin with, that anyone follows the idiot that this individual was enamored with, but to pass on acquiring hands-on experience? (because that someone didn't follow the same theory that you had seen,...once before?).
When these guy's came out with their “No-touch” knockouts (mid 2000's), I figured everyone would then (have to) realize that they didn't know what they were talking about (except for the loser's that live for the bizarre, LOL).
For the most part, they did lose what little credibility that they did have. It seems it's only the real loser's (and of course the Charlatan's that provide these seminars (in stupidity, LOL) that follow what these moron's are preaching.
They pretty much amount to anybody that's willing to do anything to get your money, while making themselves out to be something more than what they are (and of course figuring that there are people that will be too ignorant to know better, LOL).

I do know that if/when comparing what these people are teaching (to ours), they are basing theirs on pseudo-science instead of any real science.