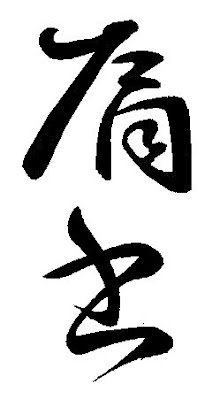 I've found it interesting that many martial artists have become obsessed with the idea of acquiring a "title" with or without a given rank. The really (sad?) pathetic part (IMO) is that "titles" are not bestowed simply because of the acquisition of a rank level.
My associate and myself have both (on numerous occasions) been asked what our "titles" were (?). I guess that our names were insufficient (for whatever reason). Those people didn't seem to be able to accept that we didn't have/use some Okinawan/Japanese "title" (instead of or in conjunction with our names).
It's always kind of bothered me that martial artists (American's mostly) seem to be obsessed with the acquisition of "titles" (most of which they know nothing about).
Titles of recognition (Tashi, Kyoshi, Renshi, Hanshi) are often used (mistakenly) in substitution for a received rank. Titles are not automatically acquired from the reception of/for a (any) particular "rank" that may be received.
Titles are awarded separately from any "rank level". Of all the (numerous) individuals that I've seen that have made claims of having some manner of "title", but only rarely is that ever the (actual) case. 90% of the time, those "titles" are self-awarded.
I only know of "1" individual that studied under Taika Oyata (that's still alive, LOL) that received a certificate for the title of "Tashi" (Greg Linquist, and I translated it for him myself after Taika had presented it to him). The rest, have evidently been self-awarded (as none of them are displaying any certificates to validate those titles).
There are a number of individual's (ex-RyuTe students) who have also awarded themselves various titles (most all are completely fabricated).
Various other member's have also begun to be photographed wearing the banned colored Yudansha rank belts. Taika had (originally) banned the wearing of (any of) them to avoid the "ego" problems that are associated with those rank displays.
This is the reason that No Yudansha ranked member wears any belt (in this system). The kyu ranks wear them (mostly for their instructor's reference), but that's all. Yudansha are (all) considered to be equal, we are all students of Oyata's teachings.
With Taika's passing (and even before), there have been numerous individuals that have attempted to elevate their own (presumed) position/standing, not (necessarily) only within the association, but within the (general) public perception.
Sadly, rank has nothing to do with ability (or even knowledge). Though implying a greater knowledge/ability, there certainly is no guarantee of that being the case (via "rank"). The same is true for "titles" as well. Originally, those titles were intended to identify particular individual's (for ability/knowledge). Like the "ranking", Titles have lost their original intention. Subjects should be evaluated on an individual basis (by their students).
Any individual who requires (and/or goes to the trouble to emphasize, if not mandate) that their "title" be utilized, is IMO too insecure to study from (or to have as an instructor). "Titles" serve no purpose beyond feeding the ego of the individual.
Too often these titles are utilized in place of any knowledge or received training. All that is usually required to attain one (from any of numerous groups), are the presentation of the required funds (to purchase their certificate saying that you are whatever it says you are). And as with most similar items (in this industry) it's only value, is what "you" believe it to be (because it's unlikely that anyone else will, and most will consider you a doof-us for utilizing it).
I believe that if you have to require your students to "respect" you (via a "title"), then you never will have that respect. It is only one's actions (as their instructor) that will gain any (true) respect.