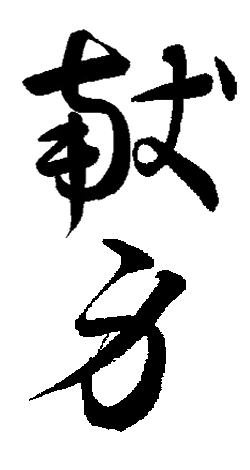 Dedication
“Verb: to devote wholly and earnestly, as to some person or purpose”

I generally check out websites that make the claim that they are teaching some form of Oyata's Life Protection art (or are related to it). The majority have only faint (if any) actual connection to Oyata, or his art. Many are teaching some form of "Ryukyu Kenpo" (the system that Oyata abandoned 20 years prior to his death).
After that time, Oyata began teaching his system (of Life Protection). Many of the sites in question tend to either state directly (or at least imply) that they are teaching the same thing as what Oyata was teaching during those last 20 years.
Regardless of any suggested or actual connection to Oyata, these sites regularly spout an unending devotion to Oyata (and/or his teachings). The majority are making the implication that they are teaching the same system/teachings as his organization does today.
What I find amusing, are the one's who actually did have some level of connection to Oyata (and may have actually studied with him for a while). Many of them had quit (or were kicked-out of) his system's organization. The majority that were Kicked-out, were gone before he had fully transitioned into (only) teaching his system. There were a few who quit (on their own) following Oyata's death. Most of those were either unhappy with the resultant organization (following Oyata's death), or had pursuits of their own that didn't include (or were in conflict with) that organization.
Oyata didn't allow/permit member's of his organization to post videos or detailed information about his system (on the internet). The present leadership has continued that policy. This was done (from his view) to prevent person's from broadcasting his system's technique's (and claiming them as their own). I've received numerous complaints in regards to doing the same on this blog. I've had to assure (and demonstrate to) those persons that I have not.
This mandate has allowed numerous individuals to make false claims of association (both prior and existing) to that system.
The linking factor between all those sites that have claimed supposed “devotion” to Oyata and his teachings, are that many of them are people who either quit or were kicked-out of his association. The one's who had no actual (1st person) connection to him, are just using his name to promote themselves (IMO), or what-ever it is that they're teaching. Any claimed Affiliation to Oyata's system is easily verified via his systems website.
It's those's persons that quit (prior to his death) that baffle me the most. If they were Soooooo dedicated to him, then why did they quit studying from/with him? When one examines their websites, they heap praises, respect and devotion to Oyata, and yet … they quit the opportunity to study (directly) with him (???).
A number of the sites (of those who quit) are still using his associations logo, as well as the name of his system. Why the legal dept. hasn't made these sites remove those symbols is confusing (to members and anyone seeking to become a part of Oyata's association).
It's most troubling to those of us who have remained in that association. I have encountered no one who is upset about (any of) those who have left. They are free now to pursue their (own) goals. Those of us that have remained in the association (these 3 years now?) after Oyata's passing, have (finally) began to move forward with the goals of the association (as Oyata wanted it to).
There has been a fair amount of discord among  members (instructor's, students and the leadership) of Oyata's association. It's difficult to (fully) blame the present leadership alone. Oyata wasn't able to implement all of the changes that he wanted to prior to his death, nor did he leave (explicit) instructions on how he desired it to be done. This left (a lot of) room for individual presumptions to be made, and (often false) expectations to remain unrealized. To deny that it hasn't effected the membership would be (totally) unrealistic (it has).
Oyata had quit “recruiting” new students a number of years ago. He was focused on training the (actual)  students that were dedicated members of his association. He had made numerous changes to that instruction since the transition to teaching only his system (Ryukyu Kenpo was dead, Long Live RyuTe®, LOL).
That transition had included numerous changes in the instruction of that system that he expected his instructors to enact/continue with.
These included (but were certainly were not limited to):
No more “Kiai” during the performance of Kata
No more “Deep” stances
emphasizing the impracticality of "sparring"
“Heel's out” (for “horse/forward stance”)
Inclusion of “kakae” strikes (during the performance of all kata)
Numerous additional “fix-up's” and changes were also made to kata performance and various technique execution as well.
Performing kata in the manor that he wanted them done, NOT as they were done on those (20+ year) old tapes (which were for Ryukyu Kenpo).
A number of individual's have expressed the desire for the (present) association to return to what's shown on the “Ryukyu Kenpo” video tapes. Having heard Oyata (directly) state that what is shown on those tapes is not what he was teaching (for these last 20 years), doing so is counter-productive (to learning/studying his system).
“Dedication” should include following his wishes in regards to his system of Life Protection. Simply claiming to be "devoted" to him, should include adhering to how he wanted his art to be practiced, performed, taught and advanced.