Timing during a confrontation 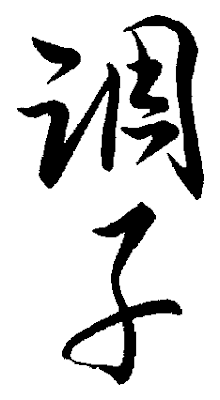 There is a (minor) debate regarding the application of multiple strikes being applied simultaneously (by an individual). This action is commonly observed being done in several Kata. When queried in regards to this action's interpretation/meaning, Oyata would state that the motions should not be done simultaneously. This is done so as to achieve a greater response/effect being achieved from the performance of those actions. Though seemingly a rather simplistic response, it has numerous implications in equally numerous technique applications (beyond the practiced kata examples). The dominant effect from this "variation" in timing, is to increase the effects that will be achieved from those (and other similar) applied actions. Essentially, Oyata was stating that we should be considering the differences in achieved effects that resulted from the variances in timing, for multiple action/strikes being applied simultaneously. This was not limited to two "hand/arm" motions being applied together, but (should) factor the inclusion (and timing) of a leg strike as well (in conjunction with any arm applications being utilized). It's commonly "new" student's who attempt to make any combined (simultaneous) actions, all occur at the same time. Aside from being nearly impossible to achieve, it is (usually) a pointless endeavor to attempt (much less use). This action was exampled in numerous technique applications that involved striking as well as manipulation techniques. The first (practiced) example of this concept was commonly encountered during the application of a Tuite technique being applied. Being aware of the "2-hand's and 1 leg" (concept) being used in conjunction, "new" student's would attempt to perform those 3 actions simultaneously. In practice, it's (quickly) discovered that varying the timing of those (3) actions archives a greater reaction (from the Uke). Varying the inclusion of a "kick" (whether prior to, during, or slightly following) in conjunction with the application of the technique will achieve varying reactions from the Uke (in regards to the technique being utilized). That timing will additionally effect which (if not what) additional motions can be performed. That timing was often based on the Uke's reaction tendencies. These motions are done in anticipation of, or in response to a technique's application. The simplest example is that of a subject "bracing" in anticipation of an impending impact. This occurs subconsciously (beyond the conscious control of the individual). By spacing the timing of an impact (in regards to the expectation of that impact), the defensive benefits (of that bracing action) are diminished, if not negated. This is often exampled within the application of a Tuite technique. When one attempts a "push-catch" technique's application incorrectly (I.E. the "catch" is achieved, but the Uke is able to "brace-up" and resist its use), the student is shown to (rapidly) increase their grip, then open/relax their fingers (thus relaxing their grip), the Uke will (likewise) relax their "counter-grip" (thereby allowing the Tori then successfully re-apply the technique). This is an example of timing variation that is done outside of the expected norm. The majority of performed reactions can be expected (to varying degrees), and can then be utilized within one's technique application. These types of applications are often done with the full awareness of the recipient. An obvious example of this is a strike delivered to an aggressor's striking arm (upon their bicep muscle). It is virtually impossible to (successfully) "flex" the bicep (while delivering a strike with that arm) in anticipation of being impacted. A (direct) bicep strike, is one that achieves greater results when that muscle is relaxed (as it proportionately is while delivering a strike with that arm). any directional application of that strike (that may be included) can be debated in regards to the arm's position (in relation to the timing of that impact). Suffice to say those factors are (more often than not) less relevant than is commonly argued. The point of this entire rant is that there are numerous factors that can (and should) be considered while the student is reviewing the application of (whichever) technique during their study. Though each of those factors should be explored, student's can easily become distracted with (only) 1 or 2 of those factors. When only attempted individually, the majority of those actions will only achieve a minimal effect.