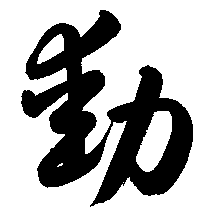 I believe the biggest reason for the practice of "kata" (in general), is to train the student to move. What I typically see, is student's Obsessing over the (their) accumulation of (hand/arm) "technique's". When observing student's (whether my own or other's) what I will typically see, is the student "standing in place" and attempting to perform those actions. The practice of/for kata motion requires that the student move into various positions (while performing the motions replicated in those kata). Motion is performed to either deliver or receive "momentum" (whether being delivered by the student, or by their opponent). It must be understood that momentum, should not be (or become) an attribute that is (solely) generated and delivered by an individual "Limb" (I.E. the "arm") alone. Every performed action should include the (entire) "body's" motion. When a "Rotation" is seen in the performance of a kata, the student should research the reason's behind that rotation's inclusion (in the kata). Those "reason's" are (often) explained as being done in regards to multiple assailant's (sigh,..). Believing so is "fine" (I suppose), but I am inclined to believe that there are more practical reasons for those motions inclusion (in regards to "1 on 1" confrontations). The Rotation (of one's body) is done in order to redirect or emphasize one's ability to apply momentum to a particular action/application. Beginning student's (regularly) attempt to only utilize their "arm" (muscles) to perform a particular application. For those student's who possess greater levels of (physical) "strength", that may be believed to be a viable choice. For the rest of us, it's an impractical choice (or belief). Though an individual may be able to generate 80+ lbs. of delivered momentum/energy (using their arm), I can deliver 185+ lbs. of momentum/energy using my entire body (and with far less effort on my part). This can only be achieved through the inclusion of "footwork", and thereby including one's body motion with those actions. Beginning students are inclined to view "footwork", as being (only) a means by which one is able to reposition their "arm's" (to perform whatever motion is required). Numerous systems (attempt) to emphasize that a "rotation" creates (only) the manner of/for a required motion. Rotation generates "2" directions of momentum (both with and against a particular direction). During that movement (a rotation) moves 1/2 of one's body weight one direction, and the other 1/2 in the opposite direction. There is no "circular" energy/momentum being created by this action. "Baseball" pitcher's do not "spin" around in a circle prior to throwing the ball. Their pitching arm only travels in a forward direction. The commonly performed "practice" of causing one's "hip's" to motion "forward and back" (the infamous "Shimmy") while performing a strike, adds NOTHING to a delivered (arm) strike/motion. The motions performed during kata should demonstrate any/all required motion (during the delivery/execution of a defensive motion). Student's are often inclined to include (their own) separate/additional motions. These should not be required, (or even necessary) if the intended action is being performed correctly. Oyata's training (in regards to techniques) from his (two) instructor's was initiated through the instruction of the "Bo". The motions contained within that practice demonstrated (numerous) concepts and movements that were later demonstrated for use with defensive responses to attempted assaults. His initial practice of the Bo was demonstrated to illustrate numerous unarmed defensive actions. The concept was that all instructed motions were related. "Motion" was the key to that commonality, both defensively and in regards to the application of the instructed technique's. Unless (or until) a student can recognize (and incorporate) those commonalities, their defensive training will suffer from a severe "disconnect".