The Validity of Arm Strikes 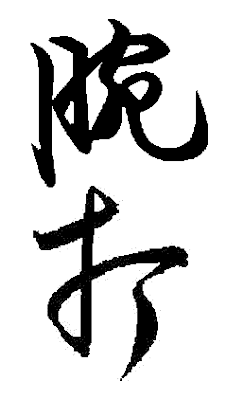 I have engaged in numerous discussions (more accurately "debates") concerning the use of strikes, delivered upon the arms of an aggressor. The “argument”(?) against their use, is commonly accompanied by the person's claim that they have received (numerous) strikes (being made upon their arm's), and have suffered no “ill effects” (that would prevent their continued use of them during a confrontation).
To myself, this claim is equivalent to those who state that they have never been “taken to the ground” (during a confrontation), so working on “ground tactics” is a waste of time. I could (easily) make the argument that those individuals have never had "effective" arm strikes utilized upon them, but it is more productive to define the expectation's for those types of strikes (than to argue one's presumed vulnerability to them).
The majority of utilized strikes (intentionally delivered to/upon the arm's of an opponent) are a rare occurrence. This is (commonly) seen regardless of the "style" being taught. Student's are often more concerned with striking the "face/body" of their opponent. This is seen whether the strike is delivered by an aggressor, or by the defender (during a confrontation). Achieving an effective delivery of these types of strikes requires a greater degree of accuracy with their delivery and the student's understanding of how those strikes should be implemented.
If/when a “defender” chooses to not “close” with their aggressor (for whatever reason), that aggressor will (commonly) attempt to strike the defender by using their arm's. Those person's with “longer” arm's will often focus upon the use of their own arm's as well (to implement their attempted strikes).
If one's arms are shorter (than their opponent's), the “best/easiest” remaining option, is to focus their own strikes being made upon the arms of that opponent. “Random” placement of those strikes will rarely achieve any productive results. When those strikes are (accurately) placed upon those locations that are vulnerable (to being struck), the opponent's use of that arm will diminish (if not cease). Although an immediate cessation of (that arm's) use is not always achieved, the delivery of a single (if not continuous) accurate placement of those strikes will diminish the aggressor's continued use of (or effectiveness with) that arm. It will (often) cause that aggressor to (either) change tactics (ceasing to “strike”), or modify their method of attack. This will (often) equate to then “grabbing” the Tori/student. This can often negate the aggressor's (presumed) superiority (if not their greatest threat) in the confrontation. With the application of the defender's strikes (having been made upon the aggressor's arm's), despite the aggressor's belief's, those “arm-strikes” have diminished the aggressor's use of them (their arm's), and have reduced their abilities with any continued use of them.
For myself, I utilize few (if any) strikes that are placed upon the “body” (of an aggressor). The majority of the strikes that “I” utilize, are made upon the arm's, legs and (occasionally) the neck. I have (almost) never been involved in an altercation with someone who was smaller than myself. Though being (comparatively) "tall", I am not (physically) large, (nor “strong”). This has equated to my confrontations being with individual's who were (both) larger and stronger than myself. The ability to use superior size and strength has not been an option. As a result, I have focused on the use of the applications (taught to me by Oyata) being made upon the weaknesses (or vulnerable locations) of my opponent's. When I state that strikes delivered upon the “arm's” (of an aggressor), will affect their use of/for them, I can do so with the experience that I have had with my own use of them.
When people have asked (within our classes, whether by regular student's or by attending guests) the (often easily accomplished) use of these types of (arm) strikes can be easily demonstrated. No, they are not (or at least are rarely) "fight ending" applications. But they can definitely create significant (detrimental) effects upon an aggressor's abilities.