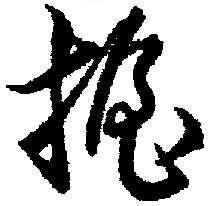 Grabs are one of the 3 manors that Oyata taught to us, that an aggressor could perform an assault upon a student. Grabs are commonly utilized to effect level of control over a subject. They are rarely relinquished until they are demonstrated as having become a liability.
Once the “offensive” grab has been performed, The grabbed person's attention is commonly transferred to their “free” hand. They are prone to utilize that “free” hand to either strike the aggressor, or to attack the grabbing hand of the aggressor (commonly while attempting to “pull” their grabbed limb free). For the aggressor (the person who performed the initial “grab”), they will commonly (either) begin moving (pushing and/or pulling) the grabbed arm (to either unbalance or pull the grabbed person somewhere), or they will begin striking the person with their own free hand/arm.


For the “Tori” (the person who was being “grabbed”), they (generally) have both hands remaining free. They have the option of either “striking” (with their “free/UN-grasped” hand/arm) the aggressor (“Uke”), or utilizing them to perform a technique upon the Uke's grabbing hand/arm.


Oyata taught that “striking” (alone) carried a greater chance of failure (or resulting in only limited effect). Doing so was limited by numerous factors (positioning, physical size/strength, etc.). One's ability to perform a (proper) Tuite application was not effected by those factors. An improperly applied application will fail as well, but that is not the fault of the technique (and would occur regardless of the type of technique attempted).


The most common argument regarding (against) the use/application of Tuite, is that an aggressor may be too “strong/large” to effectively apply the technique. This argument is only valid, if/when the technique is being improperly applied (at least in the case of Oyata's form of Tuite). Student's are (often) inclined to overly focus (only) upon the attempted application. An aggressor will not (just) “stand there” and allow the Tori to attempt the technique's application. As a technique's being applied, the Tori's attention must include the Uke's responses (during that application attempt). They (an aggressor) is not inclined to just “stand there” and allow it to occur.


When the student is initially “learning” the technique/application, the Uke's “job” is to point out any/all misapplication of the (Tori's) attempted technique. (Only) Once the technique's application is understood (by the Tori), the Uke will include “counter-measures” to that attempt. These can include “counter-strikes/grabs” and/or “pushes/pulls” (depending upon the specific situation).


It is commonly at this point (of a student's practice of a given Tuite technique), that the student will begin to understand the use of their (own) body with the application of a (Tuite) application. “Tuite”(as Oyata taught it) is a whole or entire body application. Beginning students are inclined to (only) focus upon the “hand's” during their initial attempts at technique's application.


Though “speed” is a relevant factor (during an actual defensive application), it should not be the primary factor (to a technique's application or success). If/when a technique can only be utilized when done with speed, particularly in a practice/training session if/when performed “quickly”, it is commonly being done incorrectly.


One of the most common mistakes made, is in regard to the Tori's body positioning during a technique's application. Once the (basic) technique is “in place” (and pressure/leverage is being attempted), the Uke will (often) attempt to “strike/grab” the Tori (using their “free” hand/arm). The student is shown to “face their threat” (the Uke's free hand/arm). Doing so will (both) aid in the technique's (correct) application and provide the Tori (student) with the “awareness” of that attempt, as well as providing the ability to be able to counter that attempt.


Tuite is (often) taught as providing a (disabling?) controlling ability over an aggressor. Though entirely possible to cause/create a disabling/injurious result (from it's use), it is the ability to “control” an aggressor that is it's greatest asset. That ability is shown/taught to be (easily) escalated to create injurious results (if/when required), but it is the ability to not cause those results, yet neutralize the situation that is it's greatest asset.


Numerous systems (and/or instructors) teach these applications as being (only) for causing/creating injurious results. The majority of “situations” that a student will be involved in, are not (and/or far from being) “life threatening”. Though (obviously) there are exceptions, the most common physical confrontations occur between individuals who “know” one another. It is rarely desired (or necessary) to cause those drastic levels of physical injury (to neutralize a situation/confrontation). It is additionally not in the best legal interest to do so either. If/when a situation can be neutralized (without causing serious physical injury), one's legal defense (if/when one becomes relevant or necessary) is much easier to justify.


Oyata always stated that the (correct) application/use of Tuite required (many) hours of practice to (both) understand it's use, and to utilize it effectively. There are no “basic” Tuite technique's, there are “foundation” technique's that are “built upon” (for performing variations to those application's). Numerous foundation techniques (in regard to “grabs”) are shown to beginning students. As the student advances in their training, they are inclined to ignore those (foundation) technique's. They are shown (early in the students training) because they occur more often (than many of the “striking” defenses that are shown). Students will (often) dismiss this, and (only) focus upon the instructed striking defenses.


I witness “grabs” being utilized in (almost) every confrontation that I've observed. It isn't always as an opening motion, but they are utilized (either) initially, or during a confrontation. I am fully aware of my own (physical) limitations, and if/when provided with the opportunity, I will (immediately) utilize that opportunity to the utilization of Tuite (even if/when I have to create that opportunity).


Attempting to “trade punches” with someone (an aggressor), devolves the confrontation to who is physically stronger. If one's “goal” is to be able to “out punch” an (any) aggressor, they should studying “boxing” or be working out at the gym (rather than going to a “karate class”).


Oyata said that “Tuite” was the great equalizer. It is based upon skill, not strength, ability, not size. When I'm confronted with arguments against it's use/practicality, those arguments are commonly based upon (their own) “physical” ability's (size and strength, not technical ability) or that of a “hypothetical” aggressor. The obvious weakness to their argument, is that they have to provide an “unlikely” encounter to justify their argument. Would I attempt those types of applications as initially taught? no. They would require modification (to the initially shown application manner). But would I attempt them? Yes, I would. My own level of experience would provide me with sufficient ability to effect a satisfactory result from their use. That experience is the result of practice (of those applications). Without practice, any technique is subject to failure.