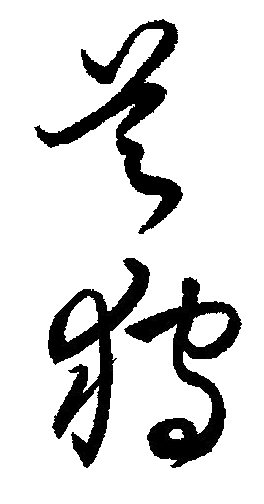 When I practiced Shito-Ryu (38yrs ago, AAAKK!), we used to do a lot of “sparring”. For what was being taught at the time, it made sense. With what I've studied and learned over the years since then (in following Oyata's methodology), I haven't participated in that exercise more than a handful of times (and only for amusement purposes) since.


When I was active in that practice, it was then (as now) popular to strive for “head-shots” (strikes to the opponent's head). The intent (naturally) at that time, was to try for the ever popular “knock-out”. This was pretty much mandated by the fact that the “rules” for sparring (so we didn't cause serious harm to one another) didn't allow for “leg” strikes. We had to utilize gloves, foot pads, chest protector and headgear. We had the option to use shin guards and/or forearm guards (though most didn't).


With Leg strikes removed from the target options, head strikes were a popular target to try for (and it just Looked cool to do so).
This manor of practice emphasized speed and power, Oyata's instruction didn't. Though important, they held less relevance in his methodology. Sparring asserted that those traits could (or should) assure one's ability to triumph in a confrontational situation. In fact, this manner of practice instilled more bad habits than usable traits.
With the included “padding”, strikes that would (normally) produce cumulative (if not immediate) effects, became pointless to even attempt. Those strikes that were less effective (in an actual confrontation) were commonly implemented in the “sparring” arena. Though commonly argued that sparring is the “closest” way to practice for a confrontation, it is (actually) the best way to instill bad (ie. Non-productive) habits (at least when compared to Oyata's normal training methodology).


At one time (back in the late 70's, early 80's) Oyata used to demonstrate what he was teaching (at the time, Ryukyu Kenpo) during the “half-time” at tournaments that his student's schools sponsored. In those early years (while he was still “recruiting” students for his association) he used these events for publicity.
After the mid-eighty's, sparring was never addressed (at his dojo, nor in the Yudansha classes that he taught). It was Oyata that initially emphasized the inherent drawbacks to participation in this practice.


In Oyata's methodology, one's defense begins when the eminent threat is initially perceived. This is commonly when the student is first confronted by an aggressor (before it becomes “physical”). Oyata's training encompasses the identification of “tell-tale” signs (from the aggressor) that can provide the student with information that can assist in their pending defense. Though not (exactly) being a “list” that one can reference before a fight begins, there are commonalty's that can be used to assist in identifying traits that provide the student with applicable (defensive) information.


This (piece) of Oyata's defensive methodology is but one of the reasons we have students begin their practice (of Tuite, defensive motions, striking methods etc.) from a static (face to face), arm's length distance from one another. Critics often choose to highlight this method as being “unrealistic” (as both persons would more often have their hands up, and possibly will have already assumed a “fighting” stance). Surprisingly (to some), this training method is done to illustrate and identify the common body motions made by the aggressor (uke) when beginning an assault. Although the average student will attempt to conceal these motions (in a class environment), the identified motions are still being made when the aggressive method is attempted. When these motions occur in an actual confrontation, they are far more pronounced (and thus more easily identified).


Oyata taught that the head, and the groin (though both being regularly targeted) are both popular targets, neither can (actually) easily be struck, nor will doing so (easily) cause sufficient injury to the aggressor during a confrontation. Therefor, neither is an efficient location to perform a strike upon (for defensive purposes). Regardless of how unpleasant someone looks, nor how ever large their testicles, they are extremely unlikely to strike you with either (and/or cause damage to you with them).  Defensive strikes are taught to be directed upon an opponent's arms, legs and the side of their neck (not the throat, learn the difference, LOL). Body strikes are commonly applied (if still required) once the arm's and/or legs have been neutralized.


These types of strikes have paramount importance (in regards to Life-Protection training). The practice of “sparring” negates (through the imposed “rules” of it's practice) for neutralizing those areas. Additionally, this practice is particularly favorable to the young, strong and male student. These should not be priority's for learning to protect one's self. These are (in fact) the traits of the most commonly encountered aggressor. Defensive training should be designed to negate any advantage that is held in those regards.


Oyata's methodology was intended to do that. His methodology does not depend upon any of those traits for his techniques to remain effective. It is designed to exploit the common physical weaknesses that are present in any physical confrontation (by male or female aggressor's). Training should dictate how those applications should be used.


The instructed techniques can be applied and escalated (if/when necessary) to meet the defensive requirements of the situation. Not all situations or aggressive actions mandate that the defender cause debilitating injury (to an aggressor). Students are provided with defensive actions, which they can escalate or reduce as the situation requires.


Arguments can (often) escalate beyond their original intent, but they can subside as well. Students should have the available repertoire to respond to either situation (as it occurs). The most common physical altercations, arise from verbal disputes. Learning to diffuse these situations can negate many confrontations that (otherwise) might become physical.


The practice of “sparring” (among it's many downfalls) does nothing to train a student in how to defuse these situations that might otherwise become physical, or when they do. Training only for the last resort situation, is not the only (or best) way to practice true “Life-Protection”. Though important, it only deals with a (very) small number of regularly encountered situations.