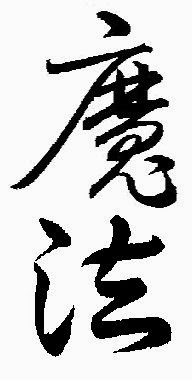 As if the martial arts industry wasn't potentially “unsafe” (enough) with many of the practices being taught today, the obsession with achieving “Knock-out” strikes has become ridiculous. Persons entering the market (whether to learn a means of self-defense, personal enrichment or even for “sporting” purposes), are inundated with tales of minimal contact (or even “non-contact”) “knock-outs”.
Much of this nonsense has been built around the “death touch” mythology, as well as the clearly demonstrated kyusho applications/examples performed by Taika Seiyu Oyata.
In the early “80's”, the only person demonstrating these types of techniques was Oyata. Since then numerous individual's have begun “teaching” (their version of) these types of strikes. Many are no more than blunt trauma impacts, and demonstrate no more “skill” than pummeling someone with their hands/arms. When viewing examples of these... master's? Demonstrating their techniques, I'm usually unimpressed. Having both witnessed (first hand) and experienced Oyata's application of this (his) manner of technique application, I can (easily) state that there is a world of difference between the two.
Cynics of (anyone) even having the ability to achieve one of these “knock-out” (results) in a confrontational situation are (more often than not) basing that summation upon their own “sparring” experiences. “Sparring” is a controlled and regulated “dual”. It has as much correlation to a physical confrontation as playing a game of (contact) “football”.
When I initially had this manor of “neck-strike” technique applied upon myself (by Oyata), there was no “stand here, while I hit you” sort of demonstration (That only came about “later” when he did so at his “recruiting” seminars). He would tell you to “hit” him (anywhere), and he waited until you swung at him, only then did he strike you (with the fore mentioned “knock out” strike). Those that didn't know any better (myself included at the time, LOL) were very impressed by this (as well as the results). Only later did I learn that this made the entire strike (on his part) much easier to accomplish. There was no “standing there” while he hit you (during that time), he wanted you to understand what effect the strike would cause/create (when utilized in an actual defensive situation). Though often causing the person to lose consciousness, that was not considered a “requirement” for the strike to be considered effective.
Whether the subject lost consciousness or not, the (additional) “body” responses were far more “dramatic”. These responses varied, but would commonly result in the striking arm retracting and the subject “spinning” around (away from) the intended “target/victim” (of their strike). Although not having been struck in the abdomen, retreating into a “fetal” position (kneeling on the ground) was very common.
When he began doing “public” demonstrations of this, he had the persons “stand there” (relaxed). This was considered to be for demonstration purposes (not as an “example” of application). Though his strikes were “solid”, they were by no means extreme in the level of force utilized. He (Oyata) also performed “temple” strikes (performed using the “pads” of the fingertips) that resembled “taps”. These utilized minimal force, but attained equal results. These were also being shown as “examples” (and I never saw or heard of him teaching them to be utilized in a defensive situation).
The use of these (types of) strikes on compliant/passive subjects, was done to allow the subject to (somewhat) experience what an aggressor would feel if/when the strike were used upon them during an altercation. Though startling and sometimes painful, these strikes would (at the very least) demonstrate that they could grant the user time to apply a variety of other possible applications (arm manipulations, strikes, immobilization techniques, etc.) whether the individual was rendered “unconscious” or not.
One of the things I (regularly) observe and detest, is the whole “recovery”(?) routine/act that many (if not by most All of these clowns) of the “kyusho-expert” category utilize (at their “shows”). This (IMO) is one of the biggest “Snake oil” acts that I've ever witnessed. The entire performance (that they go through) is both ignorant, and pointless (and no one calls them out on it, WTF!?) . These people make endless “claims” of having done medical research (in regards to these types of strikes and their effect). Yet, ALL of them utilize a “Resuscitation/Recovery” routine (that they created, and then require their students to learn) and it serves NO PURPOSE what so ever (other than “showmanship”). (Obviously) None of these people have ever taken a basic “First-Aid” course. What these “kyusho” people teach (to do) is exactly opposite of what (medically) should be done to aid an unconscious person (and it could be argued that what they are teaching is dangerous to do as well).
It could also be argued that their “victims”, never lose consciousness?,..(which would absolve them from any concern about their questionable, if not pointless “resuscitation” methods).

(I located the following information on the Internet, Several sources provided similar information. I encourage any/all students and instructors to become First Aid/CPR certified, You never know if/when/where it can prove helpful and/or save a life)

Unconsciousness is when a person is unable to respond to people and activities. Often, this is called a coma or being in a comatose state.
Other changes in awareness can occur without becoming unconscious. Medically, these are called "altered mental status" or "changed mental status." They include sudden confusion, disorientation, or stupor.
Unconsciousness or any other sudden change in mental status must be treated as a medical emergency.
If someone is awake but less alert than usual, ask a few simple questions, such as:

Wrong answers or an inability to answer the question suggest a change in mental status.

Being asleep is not the same thing as being unconscious. A sleeping person will respond to loud noises or gentle shaking -- an unconscious person will not.

**An unconscious person cannot cough or clear his or her throat. This can lead to death if the airway becomes blocked.**

Unconsciousness can be caused by nearly any major illness or injury, as well as substance abuse and alcohol use.
Brief unconsciousness (or fainting) is often caused by dehydration, low blood sugar, or temporary low blood pressure. However, it can also be caused by serious heart or nervous system problems. Your doctor will determine if you need tests.

Other causes of fainting include straining during a bowel movement (vasovagal syncope), coughing very hard, or breathing very fast (hyperventilating).

The person will be unresponsive (does not respond to activity, touch, sound, or other stimulation).
The following symptoms may occur after a person has been unconscious: