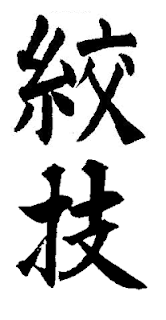 One of the more popular “finishing” holds utilized in martial arts, is the shime-waza (or some variant thereof). Also referred to as the “choke-out” (hold), “blood-choke”, “LVNR” (“Lateral Vascular Neck Restraint®”, a registered name BTW, LOL) and “BVR” (Bi-Lateral Vascular Restraint, an “open-source” title).
It's advantage, is that it is a blood-flow (restriction) hold, thereby making it far less likely to cause any permanent injury and/or damage to the recipient. It can be applied to 99% of persons, and will create the desired effect/result in a (varying) short period of time (commonly between 5-30 seconds).
Obviously this would be preferable to the throat-crushing (probabilities) that are associated with the air-restriction methods that are often being taught (and even utilized) by some schools. Those methods would have a much higher Life threatening potential to their implementation.
Although the bloodflow restriction is a far safer form of an option (between the two), it (as any technique does) carries a level of “risk” with it's implementation. For L.E. Work, the fact that it is intended to be utilized as a safer alternative (compared to bludgeoning) for attaining control of an aggressor, makes it a more socially palatable option.

A Large percentage of the systems teaching (some manner of) restraining techniques, are doing so with no regard for the well being of the person being restrained. Most, when investigated even moderately, can be seen to lack any manner of safety concerns.

I've seen a (limited) number of articles decrying the concerns being made for the safety of implementing the BVR method/manor of performing this restraining technique. Everything that I've read in this regard has been based upon Unsubstantiated Hear-say,  innuendo or have been in cases of mistaken association. Even those that demonstrate substantiated concerns have only limited occurrence (and it all still boils down to "if they hadn't been creating a problem to begin with, it wouldn't of been utilized upon them").
The commonly utilized BVR method is based upon restricting the blood flow through the brain. Technically, this method restricts blood flow from the brain, and being a closed-loop system, this decreases blood-flow.

Though not actually (nor completely) "ceasing" blood flow, the sudden drop will trigger a response in the brain, that causes it to believe that there is a blood flow/pressure problem. This will (in turn) cause/create the conditions that will make the body horizontal (commonly by feinting) and thereby create the conditions to ease the ability of the heart to supply blood to the brain.

The average recovery time (until full consciousness is regained) will vary from individual to individual. This can be anywhere from several seconds to 5 (even 10) minutes. This is very similar to the responses from the neck strikes utilized within Taika's methodology. Most often the lingering effects will tend to last much longer (causing disrupted balance, and even distorted visual effects).

From observing the various (IMO, fake, fraud, sham, pretender's, etc.) other systems that are teaching the "knock-out" types of techniques, I've always found it hilarious that (after having done so) they then instruct their students how to (incorrectly) "revive?" their student's (as well as charging them to learn this total Crap).

It's obvious that these moron's have never attended (even a basic) first-aid course. After the Uke (the recipient of the "knock-out" strike) has been struck, they immediately have them "sit up" (crossing their legs in front of them?). The most common of these "knock-out" strikes, are of the variety that creates a condition that the brain identifies as necessitating a response equivalent to a "feint" (in response to the strike that was implemented).

This "feint/knock-out" (in turn) causes the body to (want to) "lay-down" (to increase/regulate the flow of blood to the brain). Once this is accomplished the brain causes the body to remain laying down until the blood pressures/flow are equalized, and it (the brain) is satisfied that conditions/pressures have returned to "normal".

By having their uke's (immediately) "sit-up", they are countermanding the necessary treatment (for the created condition). This, in turn causes the victim to suffer the lingering effects of the strike for a longer amount of time (meaning, WTF? are these idiots doing?, answer: "It looks more impressive").


They are additionally shown rubbing/slapping the opposite side of the victim's (struck) neck (which BTW, accomplishes nothing). It does make for great theatrics's, but medically will result in NO effects (at least that are beneficial). The fact that they are sitting-up, is making them want to faint (again) so the "slapping" is basically being done to keep them awake.

Of course doing so will also prolong the effects of the strike (which makes for a more convincing demonstration). When one is aware of what is (actually and Medically) occurring during these fraud's demonstrations, then their abilities are shown to be minimal (at best).

One of the most disturbing aspects of training student's, is their ability to be corrupted by the teachings of these kinds of charlatan's. Unfortunately, this manner of propaganda permeates the Internet, causing valid student's to become confused as to what constitutes valid technique, as well as outright fraud.