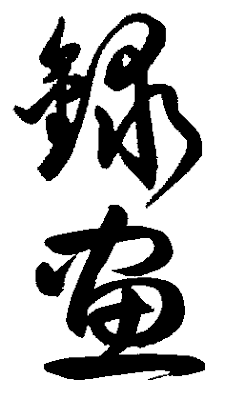 I am occasionally queried in regards to the video series that Oyata released in the early 90's. Mainly in regard to how the kata are (now) being taught (in comparison to those videos). There is a number of things that need to be understood in regards to those videos. At the time of their release, Oyata was in the midst of converting to teaching his system of RyuTe. What he was teaching was no longer (purely) “Ryukyu Kenpo” and he wanted to emphasize that distinction. Those video's did not clarify those differences.
What was shown on those videos, was (more accurately) “Ryukyu Kenpo”. The manor that he (later) wanted the kata to be practiced included (numerous) changes that (in his mind) clarified many of the kata motions bunkai. Those motion's changes included many of the differences in how he wanted the motions to be performed, so as to emphasize the fundamentals that he felt were applicable to what he was teaching. He stated that we (his students) hadn't been seeing those motions (on our own, without his guidance).
By changing the name of what he was teaching, his goal was to stop students from referencing “old/other” examples (which he stated were “inaccurate” for what he was then teaching).
Oyata stated that those additions were always present in the kata motions and that (prior) instructor's had not corrected them (within their students performance of those motions). He additionally stated that some instructor's had performed the motions/positions incorrectly (or more precisely, inaccurately). In the case of one (famous) instructor/master, that person had an (anatomical) “defect”(?) that didn't allow him to perform a “horse stance” (correctly). That instructor was (naturally) “splay-foot” (he was unable to turn his feet inward/towards one another). By (his) example, this anomaly was passed on to the manor his student's performed the stance, and became “canon” for the system he taught.
To that end, Oyata rarely used himself as being an “example”. He would often demonstrate (how “he” performed a motion), but would commonly (only) correct specific inconsistency's in how a student would perform that same motion. Oyata understood that each student would motion (slightly) differently. Those differences wouldn't change the principles of the motion being performed, though how the motion looked may vary (slightly).
My (personal) belief is that this was why he didn't want to do the videos (to begin with). He didn't want students to consider “his” performance (of the illustrated motions and kata) to be considered the only (or final) correct example (as was exampled through his continued modifications to those kata). Doing so would additionally restrict/limit the student's inclination to continue improving what was being taught.
Oyata considered the videos as being “promotional” (advertisements?) for prospective students (NOT as training references). They exampled numerous “popular” applications (bunkai) for the kata motions, though “skipped” twice as many of the basic (bunkai) motion examples. The videos additionally fail to demonstrate any of the instructed principles that permeated his system of Life Protection (though several “basic” concepts are mentioned in the included audio).
It should be notated that the majority (if not all) of the individual's that appear in those videos (in the role of “uke”) were ejected, or quit soon after the release of those videos (mid “90's”). That's not to say those persons had no talent or had no “skills”, only that they were not present for the numerous changes and additions that Oyata made in regards to how he wanted his methodology to be taught.
Those changes were the reason why Oyata didn't want those tapes to be used as “reference” (for his students). They were intended as “student recruitment” videos, not for (present) student training or reference. What was taught during the “Ryukyu Kenpo” years was legitimate, but it was (very) different from what (and how) he taught that information (until his death 15+ years later).

Just wanted to post a note that it looks like the informative versus bs check boxes are no longer working. I've tried it on both Firefox and IE 11.

Awesome. I enjoy your articles and thanks for sharing your insights.