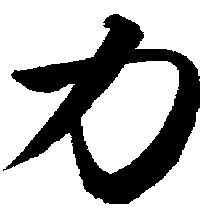 The majority of striking methods used in the commonly taught styles of “martial arts” (regardless of the method taught), are based upon the amount of force used to deliver them. There are 4 factors involved with that delivery, mass, speed and momentum all of which are utilized in regard to the fourth element, placement (or accuracy). The quantity's of any of the first 3 factors will determine the level of result achieved, and the type/manner of that effect, will depend upon the 4th factor (accuracy) for the delivery for those (combined) elements.
“Effect”, is the result from an applied action. When analyzing one's technique application(s), one has to first evaluate whether the result that was achieved via the applied/delivered action, was (both) effective, and (anatomically) efficient. Those results are not mutually exclusive (ie. A technique can be effective, yet not efficient, and/or efficient yet have only limited effect). Circumstances can additionally modify those evaluations.
Mass is the least relevant of those factors. Though (possibly) being able to compensate for an inadequacy (in another element), it cannot (completely) replace any of them. The most important is accuracy. The higher the level of accuracy, the less important those additional factors become.
The common (if not standard) belief, is that a Larger, Stronger individual is more likely to defeat a smaller (ie.”weaker”) individual (with other factors being supposedly equal). This is a misleading belief. The assumption is being made that despite an individual's ability (knowledge), they will (for some reason?) be unable to utilize that knowledge/ability (because of the size difference?). The instructed techniques are not based upon those physical factors, so why would they (somehow) become (suddenly) irrelevant?
Despite any presumed equality, a larger (stronger) person learns, practices and understands the instructed material differently. The smaller (weaker) person will of practiced that material with the intent of defeating the larger/stronger opponent (as it would have been considered their greatest threat). The victor in a confrontation is never (solely) based upon size/strength, it is based upon knowledge (of how to utilize the individual's available attributes, and the degree of practice that they have committed to that pursuit).
The master's are (rarely) considered as having been such, because of their physical prowess. It is more commonly (if at all) only mentioned as a side-note. If this were not the case, then they would have been (regularly) defeated by larger/stronger individual's.
Perpetuating this strength fallacy, is detrimental to a student's training. It shouldn't be ignored, but (instead) utilized within one's training. One's training should already be done in this regard. The difficulty in doing so, is if they have a compatible type of student to practice with.
Speed is (often) the most easily modified factor for the newer student to achieve (or at least to make the attempt of modifying). Unfortunately, it should also be the last of those attributes to be addressed during one's practice of the instructed techniques/motions.
It is also momentum, that is the least understood, and is (therefor) regularly the least correctly utilized. The most common misunderstanding if not misapplication of momentum, is in regards to body motion (during the delivery of a limb action). Numerous systems/instructor's believe (and teach their student's) that one should swivel their hips or retract the opposite arm while delivering a strike (whether with the arm's or the legs). While providing a feeling (by the performer) of the motion (if not resistance), it adds little to nothing (beneficial) to the performed action. The fact that the person feels the motion, is evidence that any supposed increase in force is not being transferred (in)to the impacted person/object.
The efficient use of any of these factors requires that one be familiar with the (natural) anatomical motions & limitations of one's own body and (thereby) that of others (in general). The difference in whether “power” (momentum/force) is being transferred, is whether it is felt, or not. When it is (being felt), it isn't being transferred.
Posted by Openhand