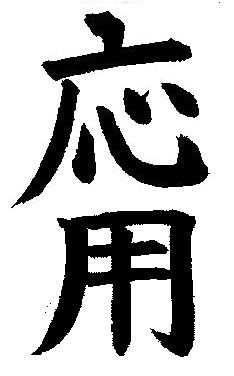 Over the years we have met (and trained) with numerous individuals who have studied various forms of “self-defense” and martial arts. We often compare methodologies and techniques. This has been done to further our own understanding and knowledge regarding the instruction of Oyata's methodology of “life protection” that we provide to our students. Very often we don't agree with what is being shown (or at least how it's being shown) but it expands our awareness of “what” is being taught by different systems/individuals doing like-wise.


Those differences are often made in regards to expectations made (by those other systems) when training in those methodologies. Many, (though not all) of those systems regard themselves as being the most efficient (based upon their own expectations) for what constitutes an effective, and thereby efficient defensive methodology.


I've found it interesting, that the majority of the systems (at least all that we've encountered) are (at their core) based upon “power”. Whether in the delivery of it, or at the very least, the use and application of it. It (power) is commonly recognized as being the only trait regarded as having merit for (their) application's effectiveness. I could agree that power is a piece of a technique's application, but I don't consider it a “dominant” factor to (the majority) of technique success (or effectiveness).


If/when it is viewed as being such, is that methodology conveying the idea that if you can't generate sufficient “power”, then what you are learning won't work? This (in turn) conveys to myself that the instructed applications have an inherent weakness if not fault.


The majority of “Karate Students” tend to be young, healthy males. If/when an instructor is emphasizing that their instruction is (primarily) to be used in regards to “self-defense”, that instruction (should be) geared towards teaching students who don't (only) fall into that category. When those students don't (fall into that category), they will develop the impression that they are unable to achieve an adequate level of skill/ability (with the instructed applications). This is particularly true with female students. Despite what any instructor says, the (average) female, will never be able to produce/generate the equivalent “power” generated by a male student. Are there exceptions? Of course, but they are limited, and are thereby exceptions.


For that reason, power cannot be considered a dominant factor to any instructed application. If/when it is, then the instruction is being focused upon a limited number of it's students. This doesn't mean the system is “bad”, only that it has limited application, and is therefor only optimal for a limited student body. It also demeans the implication that the system is intended for “self-defense” purposes for anyone. This is clearly demonstrated by how (many) systems teach various technique's to their female students (as opposed to their male students).


Whether being shown a striking application, or a limb manipulation, female students are (often) shown different methods of utilizing them (?). The technique's are the same regardless, so why are they shown how to utilize them differently? An aggressor will commonly base their (own) attack upon their own strength (verses their victim). A victim is (rarely) afforded that option. Their training should therefor never consider “their” own strength to be a deciding factor, regarding the effective application of their defensive motion/application.


Defensive training encompasses numerous factors (for it to be successful). Speed, Accuracy, Timing are all more important to achieving that purpose. Physical size/strength have little to add in achieving those factors. Focusing upon strength (alone) will actually diminish those (other) factors. Modern (Western) practitioners are (obsessed?) focused upon striking an aggressor with as much power as they can (for their applications to “work”). They regularly “demonstrate” how an application won't work if done with insufficient “power”. This is (IMO) more of a demonstration of (their) applications inadequacy's.


Whether that application is a limb manipulation (IE. “Tuite”), or an impactive motion, if it is (purely) based upon the user's level of strength (“power”), then that application has limited value to the average (and far more common) student. One of Oyata's (basic) tenants (“sayings”), was that you didn't try to “out box a boxer” (or “fight your opponent's fight”). You would likely lose if you did. This was a matter of “tactics”, not “technique” (Students can often confuse the two).


Oyata's (instructed) “tactics”, were intended to create situations that favor the student (in the performance of their technique's). Though hardly “new/unique”, his manner of technique application was different from what was (and is) being currently taught (for self-protection).


The most distressing (to the majority of observers), was his (total) disregard for the practice of “sparring”. That practice is utilized by most (if not all) so-called “defensive” methods. The biggest problem with it, being that it ignored/skipped (over) the initial part/portion of (most) physical confrontations (IE. the verbal interaction between the two parties), “sparring” attempts to imply that there is no opportunity to negate that confrontation until the involved parties have (established) their (initial) physical positions.


This is commonly accomplished by the aggressor having positioned themselves to deliver their strike/grab attempt, and the defender having to resist and/or respond to the delivered action. Oyata taught that the defender should utilize a (visually) “neutral” position, and to (then) respond to any attempted action. That presumably neutral position, is where the student practices their defensive motions from (during their training). It additionally provides a legal (appearance) of having no interest in participating in a physical confrontation.


Being that Oyata's techniques/applications were not dependent upon physical strength/power, that positioning did not require that the student be obligated to generate that (much) “power”. One needed to only watch Oyata utilize his applications to see that “power” was rarely (if ever) a dominant factor to any of his applications. Positional changes and hand/arm motions and (body) movement accounted for the majority of the success for his defensive actions. That being said, does power aid in those applications? Yes, but to imply that it's use is mandated for their effectiveness is a gross exaggeration, and only exemplifies the observers misunderstanding of how/why those applications worked.