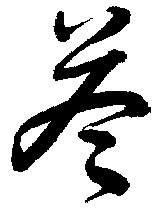 I've received numerous commentaries in regards to my "review" (ok, some would say critique) of some video's that exampled individual's "versions" of Oyata's Tuite techniques. The majority of those videos were done by individual's who had "0" one-on-one experience training with Oyata. One of them even went to the extent of deleting all of the negative comments that had been made in regards to it (?). The majority of their content was (obviously) based on only observing Oyata (either via "videos" or at seminars) perform those motions/techniques. It's blatantly obvious that those individual's have only had limited (if any) experience with any of the demonstrated techniques (so can hardly be held accountable for understanding their own misapplication of them).
This leads to my own (biggest) "complaint" in regards to the videos. The fact that they hadn't devoted any time to understanding how (much less why) those technique's work or should be applied (or even how/why they won't work). The demonstrated actions were (all) based upon muscling the opponent's limb's into submission (with little to no concern in regards to how/why it should occur).
Anyone who has read our book should have immediately recognized the (numerous) ways that those individual's were misapplying the demonstrated motions. Virtually every principle that Oyata had directed (in regards to the use of those techniques) was disregarded (within those videos). Some of those misapplications were even (incorrectly) "justified" by those individuals. The majority of what was being misapplied was based on the person's "feeling" stronger (while doing the motions). This resulted in them attempting to overpower the individual. This is only possible if/when one is larger/stronger than the assailant/uke (as was the case in these examples).
This belief was (IMO) additionally reinforced by the lack of whole-body application of the instructed motions (I.E. "Force Efficiency").
The comment's that I received commonly asked for specific "problem's" (with what was observed in the videos). As I stated, take your pick, I had "problems" with all of it. Each of the aforementioned videos utilized the (what we call) "Push-Catch" or "Palm-Press" technique.
This application of (any of) the countering techniques (in regards to that action), should be applied so that the aggressor's ability to resist them is being minimalized in the most effective manner.
Understanding how this should be accomplished, requires the student to (initially) understand how that is most effectively done.
There have been several (failed) methodology's that have attempted to promote their own "principles"(for this purpose), but each have only amounted to being a vague "List" of (general) procedures that contain no actual guidance within them. Our "6 Principles of Tuite", are (at least) specific in their execution and use. Their utilization is done in unison, so this will require that the student understand their individual application within the specific techniques.
This will (in turn) require that the student understand what/how the aggressor is "strong" and/or "weak". Muscle strength is (or should be understood to be) a "non" factor. Within each of those examples (on the videos), the aggressor/uke's arm is "straight". This is the most difficult position to apply a (any) defensive application (upon the wrist, as it is being demonstrated within those videos). To further complicate the intended technique's application, the tori draws the aggressor's hand/wrist to their own chest (prior to attempting to applying the intended technique). They have "created" a muscle dependent application. The aggressor hasn't been "broken-down" or debilitated (at all). This is a demonstration of "muscling" a technique, if/when the tori is smaller than the aggressor, this will place them at an (extreme) disadvantage (and serves NO purpose in regards to the application of the technique).
This "tendency/habit" is based on the "tori" feeling stronger while performing the action in this manner. It ignores the reality of the situation (in regards to the aggressor's abilities or lack thereof). The majority of people that practice (their manner of applying this motion) depend upon speed and power for its success. The techniques should be applicable regardless of the speed, or the level of power utilized for their application. This is why we practice the motions slowly (and of course to reduce the chance of injury).
Within each of the chosen videos, the person's who attempted to "explain" their applications failed to address numerous issues within those applications. They (all) basically presented a manor of using their hands, while an aggressor was pushing at them. What little detail that was provided, was more often than not, incorrect in the majority of the conclusions made in their regard.
Prior to their deletion, there had been numerous query's in regards to technique application (within those videos). None of the aforementioned videos addressed (any) "specifics", and what was demonstrated only illustrated their lack of (any) awareness that existed for them.
Our own "white-belts" scoffed at the demonstrated examples within those videos. Even with their limited experience, they recognized that what was shown would not result in the successful application of the demonstrated motions. The presenters seemed to believe that what they were doing was actually "correct". For themselves, within the presented situations, they may well have been (somewhat) "correct". But for the majority of practitioner's, what was presented would have more commonly resulted in a failed applications.
My own feelings are only those of empathy (for those individual's). They are obviously promoting what they believe will work, I just happen to not (at all) agree with them or their methods.